Want to shop online at work? In DC, your boss probably doesn’t care

You may not have to sneak your online cart-filling shopping while at your desk, after all.
Listen now to WTOP News WTOP.com | Alexa | Google Home | WTOP App | 103.5 FM

Most of us are at work the Monday after Thanksgiving, but it turns out you may not have to sneak your online cart-filling shopping while at your desk.

Robert Half Technology, a placement firm for temporary IT jobs, interviewed chief information officers in the D.C. area about at-work online shopping policies and found many companies look the other way when it comes to on-the-job cyber shopping.

Six in 10 don’t really care, according to the survey.

Only a third of D.C.-area CIOs have strict policies in place outright blocking access to online shopping sites.

Find discounts and shop wisely with these online-shopping resources

Deals await, but there are additional ways to shop wisely during the holidays. Take advantage of these online resources in the gallery below, and get the most for your dollar.

“Part of the reason companies are becoming more lenient is trying to give employees flexibility in the workplace. More and more companies are willing to give access to employees to do some of that online shopping,” Matt Deneroff with Robert Half told WTOP.

CIOs, more than anyone, worry about cybersecurity, and letting employees use company computers for online shopping could raise threat levels.

“About half of the CIOs that we surveyed are allowing access, but they’re monitoring it, for excessive usage.” Deneroff said. “The reality that people will still be doing online shopping sets in, and CIOs are just going to monitor it.”

Robert Half Technology claims that 75 percent of employees have used a company device to shop online during work hours and four in ten of us spent an hour or more last year shopping online on Cyber Monday.

One in four plan to spend even more time this year, according to the survey. 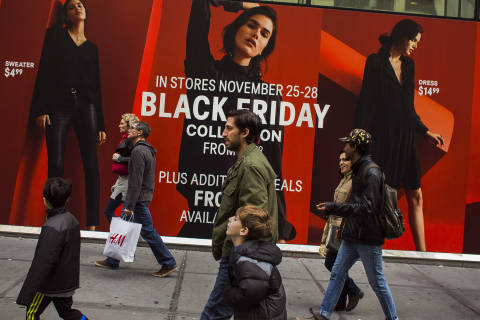