Baltimore police say they're investigating the arrest of a man which was captured on video and went viral on social media.
Listen now to WTOP News WTOP.com | Alexa | Google Home | WTOP App | 103.5 FM

Baltimore police say they’re investigating the arrest of a man which was captured on video and went viral on social media.

The 45-second video posted on Twitter begins with two officers positioned over a man while he lays on his stomach on the sidewalk. The video does not show the interaction between the man and the officers before video recording began.

One officer is on top of the man’s upper back with his arm wrapped around his neck. He yells at the man to put his arms behind his back.

The man on the ground can be heard yelling, “You’re choking me, sir! You’re choking me.” Two people are heard speaking with the officers during the arrest but are not in camera view.

Police said they’ve been investigating the incident since Monday, when the arrest occurred, though the video was brought to their attention Thursday.

“In all cases like this, we investigate the circumstances that led to the arrest and evaluate whether the arrest itself and the use of force are in compliance with the department’s policies and procedures,” said Matthew Jablow, spokesperson for the Baltimore Police Department.

This Baltimore police officer was filmed on video applying an illegal chokehold to a young black man while he struggled to breathe & survive. @BaltimorePolice this officer needs to be charged & fired. Demand justice. pic.twitter.com/GEOgfatbRt

Jablow identified the man being arrested as 23-year-old David Dixon.

His charges have since been dropped, the Baltimore state attorney’s office said.

“Based on the review of the unreleased body worn camera footage, dismissal of the charges was warranted and further investigation has been initiated,” said Zy Richardson, spokesperson for the Baltimore state attorney’s office.

According to the police report obtained Friday by CNN, detectives were patrolling an area on West Lexington Street known as “an open air drug shop” when one of the detectives observed a man turn away from them and reach into the front of his waistband. Upon approach, the detective attempted to detain the man for trespassing by grabbing his jacket and felt what he suspected were heroin gel caps through the pocket, the report said.

Police confiscated 32 gel caps of suspected heroin, 42 gel caps of a suspected cocaine, jugs containing a white rock substance and more than $1,000 cash, the police report said. The man received medical treatment for stun gun wounds and the officer was treated for the bite, the report says. The officer says in the report that his body camera became detached from his uniform as a result of the struggle between him and the man.

“In the short clip, the officer in the front is holding Mr. Davis in a chokehold position and appears to have used his Taser on the victim, as the device’s probe cords are visibly released,” Scott said in a statement. “These facts alone are cause enough for a thorough investigation into this incident.”

At the end of November, Harrison released a new “use of force” policy for police officers. The 11-page document outlines core principles, definitions and a three-tier system that defines levels for intensity of force.

The Baltimore Fraternal Order of Police declined to comment. 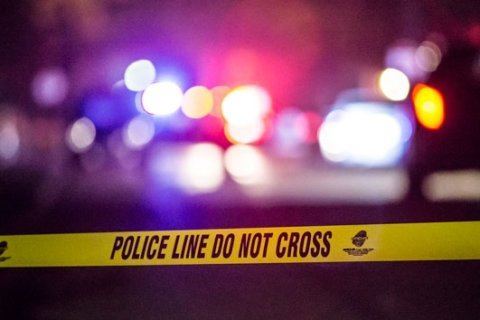