BALTIMORE (AP) — The Baltimore Ravens added some help for their pass rush.

The Ravens agreed to terms on a one-year contract with veteran linebacker Justin Houston. The team announced the move Saturday, as the Ravens were beginning their practice in front of fans at M&T Bank Stadium. The deal is pending a physical.

Harbaugh said “business reasons” probably played the biggest role in the delay, but the Ravens will welcome Houston now. The four-time Pro Bowler is entering his 11th NFL season. He spent the past two seasons with the Indianapolis Colts and played for the Kansas City Chiefs prior to that.

“We got better,” rookie linebacker Odafe Oweh said. “It’s an opportunity for me to learn from a guy that has 97 sacks.”

Houston’s Pro Bowl seasons (2012-15) were several years ago, but he still had eight sacks last season and started all 16 games for the Colts. He’s played in 134 games overall, including 128 starts.

Houston had 22 sacks in 2014 with the Chiefs, which is tied for the second-most in a single season since sacks became an official statistic.

Harbaugh said it might still be a little while before Houston starts practicing with the team.

“He’s got to get vaccinated, in all honesty, so there’s going to be a five-day period there,” Harbaugh said. “He’s going to get in town as soon as he can, so we’ll kind of get through that, get him his physical.”

NOTES: Attendance at practice was 23,589. “It was just so much fun being there with the fans, and they were into it, weren’t they?” Harbaugh said. “A lot of happy people.” 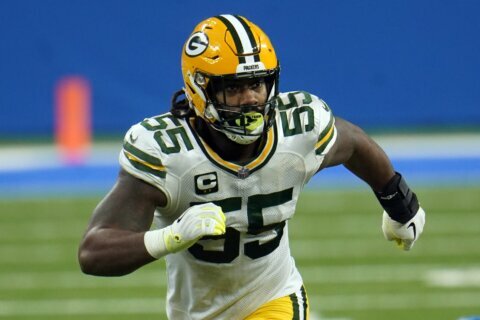 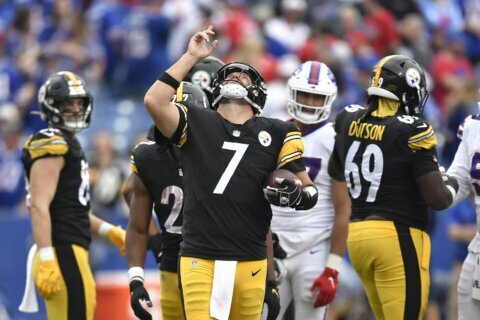 Steelers, Raiders going for a 2-0 start after Week 1 rallies