The 60-year-old Ver Steeg is a 38-year coaching veteran who most recently served as the Ravens’ senior assistant/running backs coach from 2019-20.

The opening was created when Matt Weiss left to become the quarterbacks coach at the University of Michigan under coach Jim Harbaugh, brother of Ravens coach John Harbaugh. Weiss’ hiring was announced Monday, while the Ravens announced Ver Steeg’s promotion on Sunday.

Ver Steeg worked closely with the Ravens’ running backs the past two seasons as Baltimore had the league’s top-ranked rushing attack in each of those years. Baltimore set the NFL record with 3,296 rushing yards in 2019.

The 2020 Ravens had three players — QB Lamar Jackson (1,005), running back J.K. Dobbins (805) and running back Gus Edwards (723) — rush for more than 700 yards, while Jackson became the first quarterback in NFL history to surpass the 1,000-yard rushing mark in multiple seasons.

“Craig is a highly regarded member of our staff and someone who’s served as an integral part of our offense for many years,” John Harbaugh said in a statement.

“He has vast experience coaching and coordinating offenses, a thorough understanding of our schemes and techniques, and has a great relationship with our running backs. Craig is a dedicated coach and teacher who has a proven ability for getting the most out of our players.” 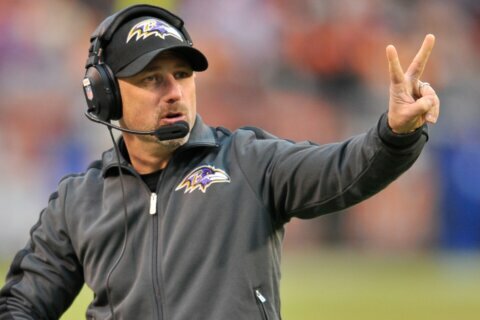