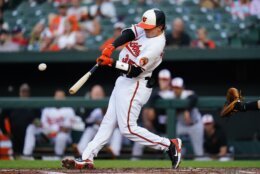 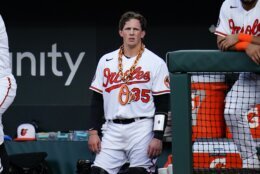 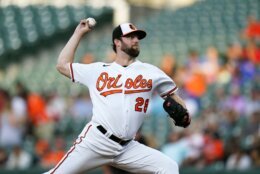 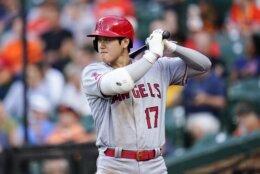 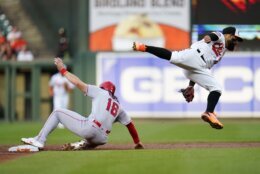 “It was awesome,” Rutschman said. “To hear everyone cheering, to hear the fans behind your back, it’s definitely a cool moment.”

Jordan Lyles (5-7) pitched into the seventh inning, allowing one run and five hits with four strikeouts and two walks on 104 pitches. Baltimore’s starting pitchers have allowed one earned run or fewer 15 times in their last 20 games and carry a 2.46 ERA over that span.

Jorge López worked the ninth for his 15th save in 19 opportunities.

The Angels fell to 1-5 on their nine-game trip. Los Angeles began the season with postseason aspirations but at 38-46 its record is two games worse than the Orioles, who have the lowest payroll in the majors.

Rutschman gave the Orioles a 1-0 lead in the second with a solo shot off fellow rookie Chase Silseth (1-3). His fourth homer of the season just cleared the right-field scoreboard.

“Huge hit and guys were pumped for him,” Orioles manager Brandon Hyde said. “It was a great swing. It sure felt good to get the first one in front of the home fans and many more to come.”

Ryan Mountcastle gave Baltimore a 2-0 lead in the third with a double to center that scored Anthony Santander.

The Angels hit several balls hard but the Orioles were stellar defensively. Center fielder Cedric Mullins made a diving catch of Luis Rengifo’s liner in the fourth. In the eighth, Mullins made a leaping grab at the wall on a deep drive by Mike Trout.

“We got some quick outs, even if they were loud outs that our defense made great plays on, especially the outfield,” Lyles said. “They were running balls down all night.”

Trout also hit a 381-foot blast to left field in the fifth that turned into an out with the new outfield configuration at Camden Yards.

“It’s definitely bigger for sure,” Trout said. “I was hitting some balls in (batting practice) that were pretty far. It’s just a couple of rows back. You have to hit it to get it out in left.”

The Orioles boosted their lead to 4-0 in the fifth on a run-scoring single by Trey Mancini and a sacrifice fly by Mountcastle off Andrew Wantz.

Silseth was charged with four runs and six hits over four innings — his second-shortest start of the season.

Kurt Suzuki had a sacrifice fly in the seventh for the Angels.

Orioles infielder Tyler Nevin got emotional when talking about playing for the first time in the majors against a team led by his father, Angels interim manager Phil Nevin.

“This moment for our family is pretty incredible,” said Tyler Nevin, who was not in the starting lineup Thursday.

Phil Nevin is serving a 10-game suspension for his role in a benches-clearing brawl against the Mariners on June 26. He is due back in the dugout Saturday, and Tyler could be in Baltimore’s lineup.

“It’s special,” Phil said. “I really have no idea what to expect.”

Angels: RHP Michael Lorenzen (right shoulder strain) was scheduled to start Friday but he was placed on the 15-day injured list retroactive to July 4. RHP Jose Marte was recalled from Triple-A Salt Lake.

Angels: LHP Reid Detmers (2-3, 4.66 ERA) is being recalled from Triple-A Salt Lake and will make his 13th start of the season as the four-game series continues on Friday. 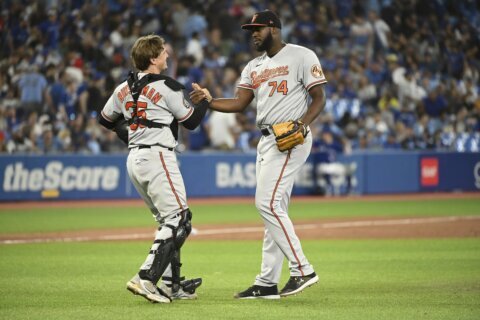