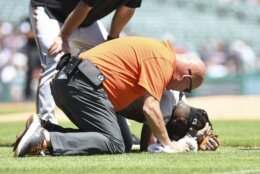 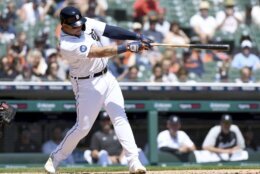 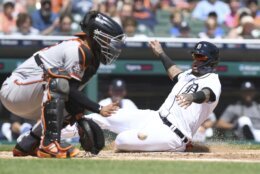 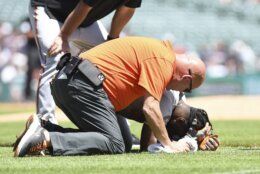 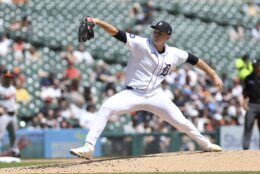 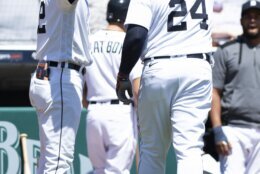 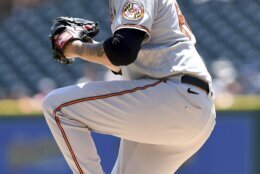 Cabrera has a six-game hitting streak, batting .500 in that span.

“Clearly, he’s been a spark for us,” said manager A.J. Hinch, who celebrated his 48th birthday. “He’s swinging at strikes, he’s getting into good counts and he’s driving the ball.”

Skubal was feeling a little under the weather, but it didn’t show while he overpowered Baltimore’s lineup.

“He’s been on the attack from the first pitch of the at-bat for a majority of the season,” catcher Tucker Barnhart said. “He’s able to control his fastball in locations that are very effective for him. He’s off to such a great start and he’s been a blast to catch. Just hope he can keep it going.”

Relievers Jacob Barnes and Rony Garcia worked the final three innings for the Tigers as the Orioles struck out a season-worst 16 times. Trey Mancini’s homer off Garcia in the ninth prevented Baltimore from being shut out in back-to-back games.

“I thought Skubal was really good. We’ve seen him before and pitched well against us last year as well,” Orioles manager Brandon Hyde said. “We had a tough time making contact against him.”

“He wasn’t as sharp as he’s been the last few times out,” Hyde said.

Cabrera gave Detroit a 1-0 lead in the second when clubbed Wells’ 0-1 fastball over the left-center field wall. The Tigers added another run in the inning on Castro’s RBI single.

The Tigers took a three-run lead in the third. Javier Báez lined a one-out double, advanced on an infield single and scored on Cabrera’s sacrifice fly.

Barnhart singled in a run in the seventh and Castro added an RBI single in the eighth.

Tigers RHP Michael Pineda was placed on the 15-day injured list with a right middle finger fracture. Pineda was struck by a line drive during his start on Saturday.

Orioles: SS Jorge Mateo was removed for a pinch-hitter in the fourth inning. He collided with Detroit 1B Spencer Torkelson in the second inning and was diagnosed with left shoulder and chest contusions. X-rays were negative. … OF Austin Hays (hand) was not in the lineup for the third consecutive game.

Tigers: OF Victor Reyes, who was reinstated from the 10-day injured list prior to the game after recovering from a left quad strain, was removed in the second inning with a right quad strain. … RF Austin Meadows, who has been battling an inner ear infection, departed after the first inning. Hinch said both players will be placed on the IL.

Orioles: RHP Kyle Bradish (1-1, 4.24 ERA) will start against the New York Yankees on Monday as Baltimore opens a seven-game homestand. The rookie got his first major-league victory on Tuesday, striking out 11 in seven innings at St. Louis.

Tigers: RHP Alex Faedo (0-1, 3.60 ERA) will start the opener of a three-game series at Tampa Bay on Monday. The rookie has made two starts, including a five-inning stint against Oakland on Tuesday in which he gave up two runs and struck out seven.