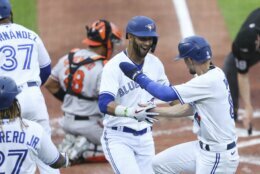 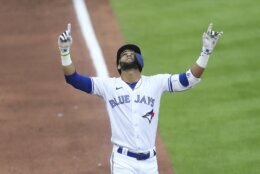 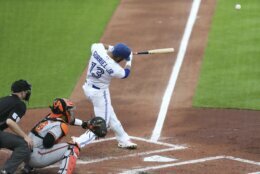 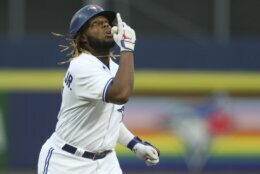 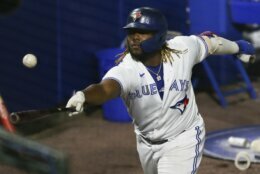 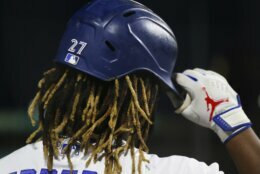 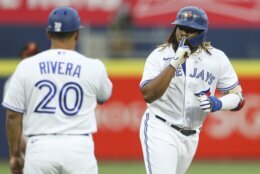 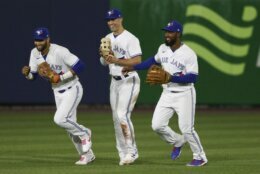 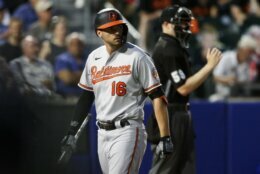 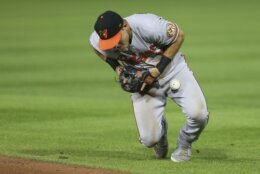 Baltimore tied the 1916 Philadelphia Athletics for the second-longest road skid in AL history, trailing only the 22 losses in a row by the 1943 A’s. The Orioles are an AL-worst 23-52, including 11-26 away from home.

The Orioles have lost 14 of their last 15 overall. Combined with Wednesday’s 13-0 defeat to Houston, the franchise has been shut out in consecutive losses of at least nine runs since the St. Louis Browns were swept in a doubleheader 12-0 and 14-0 at Detroit on Sept. 22, 1936.

“I’m seeing that we’re down a touchdown early on back-to-back nights,” Orioles manager Brandon Hyde said. “It’s not easy when you’re battling from so far behind so early in the game.”

Toronto has won a season-high five straight, following a five-game losing streak. The Blue Jays improved to 4-5 at Sahlen Field, the home of their Triple-A team, after going 10-11 at TD Ballpark, their spring training ballpark. They are 24-19 on the road.

Anthony Kay (1-2) and four relievers combined on a seven-hitter, the fifth shutout for Blue Jays pitchers this season and the sixth time the Orioles were blanked. Making his fifth start this season, Kay allowed five hits in five innings, walked two and matched his career high with eight strikeouts. His first seven outs were on strikeouts.

“When you have a six-run lead after the first inning, you kind of have to be more aggressive with the fastball and hopefully get deeper into games,” Kay said.

Dean Kremer (0-7) gave up six runs, two hits and a career-high five walks while getting just one out, his fewest in 16 career big league starts. The 25-year-old right-hander’s season ERA rose to 7.25.

Kremer threw 19 pitches to his first three batters, walking all three on full counts. Teoscar Hernández hit a go-ahead single, Randal Grichuk had an RBI grounder, Kremer forced a run with a full-count walk to Cavan Biggio and Gurriel hit the next pitch, a belt-high cutter, to left for his 11th homer this season.

Joe Panik walked, and Kremer was pulled after 39 pitches, just 17 of them strikes.

“He was kind of wild,” Gurriel said through a translator about Kremer. “Lots of walks, not locating his pitches. I was looking for a pitch right down the zone, so I can get good contact. That’s what it was.”

Kremer couldn’t pinpoint what his problems were, but he was frustrated by his performance.

“I don’t think it’s ever been that bad,” Kremer said. “Five walks, that’s embarrassing on my part and for our team. That’s unacceptable. I’ll go back and watch video and come to a conclusion, and work through the steps to get better.”

Toronto manager Charlie Montoyo cited the patience of his team, which entered the game with the second-highest batting average in the league along with the most home runs.

“Being patient was the key,” Montoyo said. “We grinded out the at-bats. If they didn’t get the pitch, they took the walk and left it for the next guy. That’s why we ended up scoring that many runs.”

Blue Jays: LHP Steven Matz (COVID-19) has been cleared to join the team and threw 50-60 pitches before the game. Montoyo said there was a good chance Matz would start against Seattle when the Mariners visit Buffalo next Tuesday-Thursday. … OF George Springer (quadriceps strain) sat out after playing the previous two games in Miami this week. “He’s 100% healthy but not 100% built up,” Montoyo said.

Friday’s second game of the four-game weekend series will feature Orioles RHP Matt Harvey (3-9, 7.80 ERA) against Toronto rookie RHP Alek Manoah (1-0, 4.18). Manoah was ejected from his last start on Saturday at Baltimore upon hitting Maikel Franco with a pitch after allowing back-to-back home runs. Harvey is 0-8 with with an 11.49 ERA in his last nine starts.