Vi Ripken, matriarch of the famed Orioles family that includes Hall of Fame son Cal Ripken Jr. and once the victim of a bizarre kidnapping, has died. She was 82.
Listen now to WTOP News WTOP.com | Alexa | Google Home | WTOP App | 103.5 FM
(1/4) 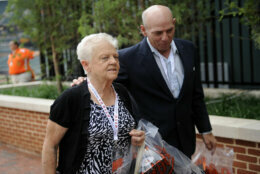 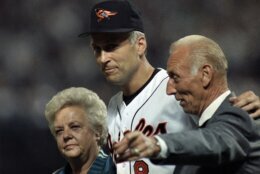 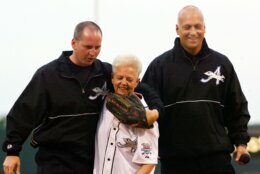 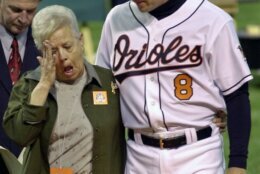 ABERDEEN, Md. (AP) — Vi Ripken, matriarch of the famed Orioles family that includes Hall of Fame son Cal Ripken Jr. and once the victim of a bizarre kidnapping, has died. She was 82.

Family spokesman John Maroon said she died on Friday, a day before her birthday, in Aberdeen, where a youth stadium carries the Ripken name.

Violet and Cal Ripken Sr. married in 1957, and he spent four decades in the Baltimore system as a player, minor league coach and manager. He managed the Orioles in 1987 and early 1988, when sons Cal Jr. and Billy played infield for him.

“We want to thank everyone for the tremendous outpouring of affection towards our mom and our family during this difficult time,” the family said in a statement Monday.

“Mom was an incredible woman who touched so many people throughout her lifetime. The void that she leaves in our lives cannot be filled but what she gave us has shaped who we are today and our memories of her will last the rest of our lives,” it said.

In 2012, police said she was kidnapped at gunpoint at her home in Aberdeen and driven around blindfolded by her abductor. She was found bound and unharmed about 24 hours later in her car near her home. The case was never solved.

Orioles great Jim Palmer called Vi Ripken “my Mom away from home” while playing for Cal Sr. in 1964.

“Always so supportive to all of us. A huge part of the Oriole family,” the Hall of Fame pitcher posted on Twitter.

Vi Ripken was involved for many years in local and charitable organizations in the Maryland area.

“We are deeply saddened to learn about the passing of Vi Ripken,” the Baltimore Ravens said in a statement. “The Ripkens are engrained in the fabric of the greater Baltimore community, and Vi played a significant role in helping establish their family’s strong legacy. We extend our heartfelt condolences to her children and grandchildren during this sorrowful time.”

She is survived by sons Cal Jr., Billy and Fred and daughter Elly. Grandson Ryan Ripken, a minor leaguer in the Baltimore system, played Sunday in the Orioles’ exhibition game against Pittsburgh.

“The Orioles mourn the passing of Vi Ripken, beloved matriarch of the Ripken family. We send our condolences to Cal, Billy, Ryan, and their entire family during this incredibly difficult time,” the team said in a statement. 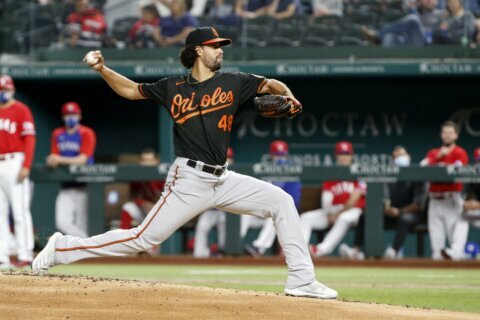 Orioles get away from home, win 5-2 at Texas 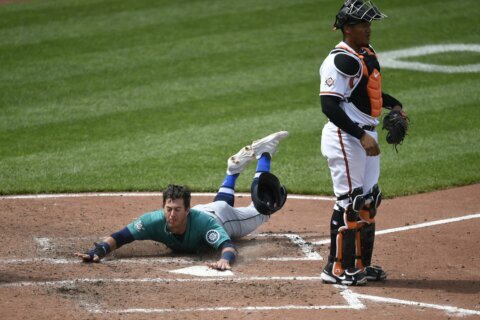 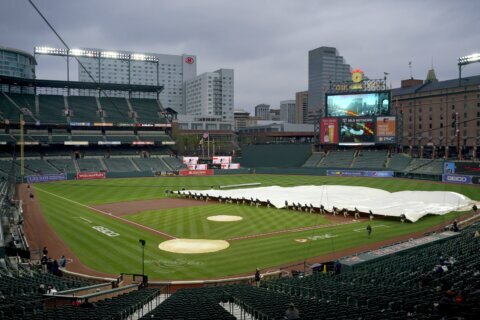