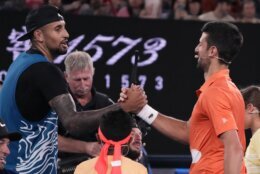 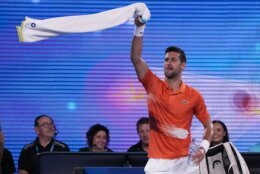 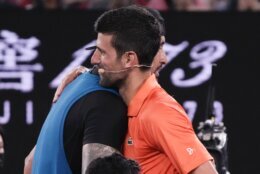 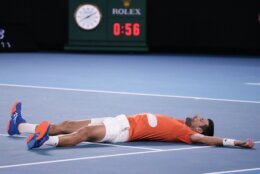 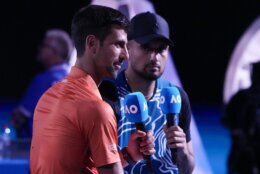 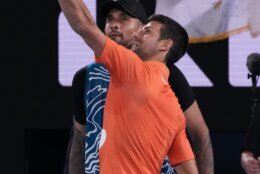 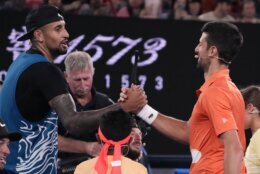 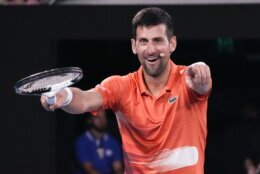 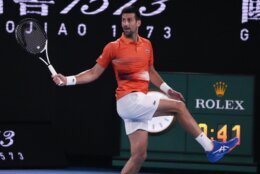 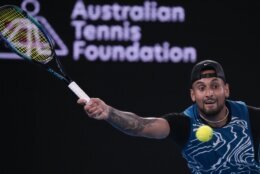 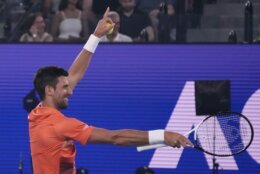 MELBOURNE, Australia (AP) — Novak Djokovic received a warm and enthusiastic welcome in his return to Melbourne during an exhibition match against Nick Kyrgios on Friday.

Djokovic’s visa for entering Australia was revoked and he was deported ahead of last year’s Australian Open because he was not vaccinated against COVID-19. He still hasn’t gotten the shots, but the country’s coronavirus rules have been relaxed.

So the nine-time Australian Open champion was allowed to return for this year’s tournament beginning Monday.

After enjoying what he said was a “fantastic” response from fans in Adelaide during a tournament last week, Djokovic admitted he was unsure how he would be received in Melbourne a year after he was deported.

But an emotional Djokovic walked into a sold-out Rod Laver Arena to loud cheers from the crowd of 15,000.

“It just feels great to be back in Australia, back in Melbourne,” Djokovic said. “This is the court and the stadium where I created the best memories of my professional tennis career.

“Back in 2008 was the first time I won a Grand Slam, it was here, and 15 years later I’m here again and I’m competing at the high level. I must be very grateful for this opportunity to be here so thank you guys for welcoming me in a good way tonight.”

Djokovic showed no signs of the hamstring issue that has troubled him this month and repeatedly played up to the crowd during the lighthearted exhibition for charity.

Kyrgios pulled out of the recent United Cup and Adelaide International tournaments with knee and ankle complaints and has not played a serious match since late last year. But Australia’s top-ranked player moved well against Djokovic, who beat him in the Wimbledon final last year. The two could meet in the quarterfinals at Melbourne Park.

Kyrgios takes on Roman Safiullin in the first round while Djokovic opens his bid for a 10th Australian Open title against Roberto Carballes Baena.

During the exhibition match, Djokovic and Kyrgios delivered trick shots, fake outbursts and mid-match TV interviews. They took a set each under Fast4 conditions before teaming up with wheelchair players and juniors for a third-set tiebreak.