SYDNEY (AP) — Lauren Jackson admitted she couldn’t have imagined a better ending to her Hall of Fame career.

Jackson willed Australia to a win in the bronze medal game at basketball’s World Cup, scoring 30 points to lead the Opals to a 95-65 win over Canada on Saturday.

“I could have never dreamed of this,” Jackson said. “I can’t imagine it. I can’t actually articulate how I feel right now. It’s a dream come true. The fact that it’s over, there’s nothing bittersweet. It’s so, so special and I’ve the pleasure doing it here. It’s been perfect.”

It was a throwback performance for the 41-year-old mom, who came back to the Opals after retiring in 2016 because of injuries. Jackson said on social media Saturday that this would be her final game for Australia and that she was “lucky to have this opportunity to represent Australia and also say goodbye. I didn’t get that chance all those years ago.”

“To say goodbye this way is just magnificent,” Jackson said. “I couldn’t imagine that.”

She played in 43 World Cup games in her career, matching Brazil’s Janeth Arcain for most all-time. Jackson won three bronze medals and led the Opals to their lone gold in 2006.

Australia (6-2) was coming off a disappointing last-minute loss to China in the medal round. After a sluggish start, Jackson got the team going scoring nine points in the opening 20 minutes as Australia led 51-43 at the break. Kia Nurse kept Canada in the game with 19 points in the first half. She didn’t score in the second half.

Jackson then took over scoring 12 of her points in the third quarter when Australia extended the lead to 71-54. Jackson, who had been used sparingly throughout most of the tournament, broke out an array of post moves that were reminiscent of her dominant MVP seasons in the WNBA playing for Seattle.

Her three-point play with 1:07 left in the third gave Australia a 17-point advantage — its biggest lead of the game to that point.

Australia coach Sandy Brondello, who played with Jackson on the national team, put Jackson back in with just under 6 minutes left and took her out to a rousing ovation with 2:22 remaining as she hit two free throws to end her night. Jackson received hugs from her teammates, who then lifted her up after the final buzzer.

“It was a fairytale ending and I couldn’t be more happy for her,” Brondello said.

Canada (4-3) was looking for its first medal since 1986 when the North American country won the bronze. Even with the loss, the Canadians advanced further than they had in any World Cup in 36 years.

The teams met in pool play with Australia coming away with a 75-72 win that helped them earn the top seed in the group.

Jackson became the all-time leading scorer in World Cup medal-round games, surpassing her friend Diana Taurasi’s mark of 63. Jackson finished with 81. … Jackson has now scored over 30 points in a medal game twice — the only player to do it. She had 31 against South Korea in 2002. 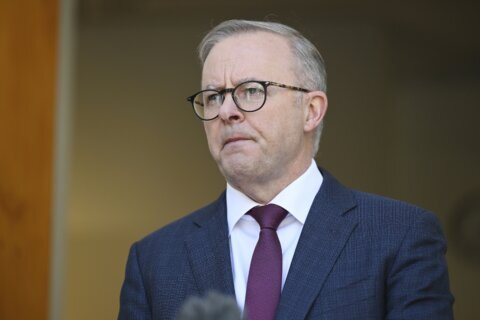