CANBERRA, Australia (AP) — Australia’s runaway inflation is forecast to remain too high for the next two years and economic growth will slow without falling into recession, the government’s treasurer said on Thursday.

Treasurer Jim Chalmers outlined to Parliament how the country’s economic outlook has deteriorated since the government of Prime Minister Anthony Albanese was elected in May.

“The economy is growing, but so are the challenges,” Chalmers said. “Some are homegrown and others come at us from around the world.”

Rising inflation and a global slowdown were key economic challenges.

Australia’s central bank is widely expected to boost its benchmark cash rate at its monthly board meeting next week for a fourth consecutive month. The rate is current 1.35%.

Charmers said inflation was now expected to peak at 7.75% in the December quarter.

“The current expectation is that it will get worse this year, moderate next year and normalize the year after that,” Chalmers said.

The Reserve Bank of Australia changes interest rates to try to keep inflation within a target band of 2% and 3%.

Before the election, inflation had been forecast to peak at 4.25%.

Economic data for the last fiscal year that ended on June 30 has not yet been finalized, but growth was expected to come in half a percentage point lower than previously forecast, at 3.75%.

Treasury Department growth forecasts for the current fiscal year and next year have each been downgraded by 50 basis points to 3.5% and 3%, respectively.

“The headwinds that our economy is facing, higher inflation at the top of that list along with … slowing global growth, are now reflected in the revised economic outcomes and forecasts,” Chalmers said.

Higher inflation and slower growth were expected to cost the government an additional 30 billion Australian dollars ($21 billion) over the next four years than had been previously forecast.

Chalmers said neither the Treasury Department nor the independent Reserve Bank had forecast an Australian recession. 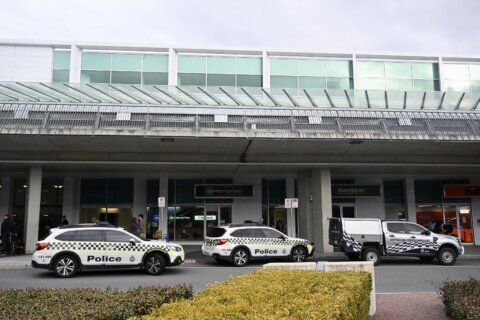