SYDNEY (AP) — Super maxi Black Jack was leading a much-reduced Sydney to Hobart race fleet on Monday after strong winds and high seas forced almost a quarter of the boats to retire.

The storm forced 21 of the original 88 starters out of the race, and the other 67 were hoping for less taxing conditions after being battered by heavy southerlies through the latter part of Sunday.

While the three super maxis remained in the race, the big list of casualties included the TP52 Gweilo, which was considered one of the main contenders to win overall honors.

Monaco’s Black Jack continued to lead in the battle for line honors. She was ahead of rival super maxis LawConnect and SHK Scallywag 100,

The size of Black Jack’s lead was hard to confirm as LawConnect had issues with reporting the boat’s exact position.

Scallywag was the first out of Sydney Heads on Sunday to take the early lead. The Hong Kong boat is skippered by Australian David Witt.

Last year’s race was canceled the week before it was due to start because of coronavirus-related quarantine issues, but the 2021 edition is proceeding with mass virus-testing protocols in place. Skippers have been told boats must immediately retire from the race if a crew member receives a message from health authorities saying they have tested positive for COVID-19.

“With the co-operation of the Tasmanian government, we’ve been able to get these boats away and we are very appreciative of that,” said Cruising Yacht Club of Australia commodore Noel Cornish. “So people can go as long as they’ve had their test. They can get sailing and get their result on the way down.”

The 628 nautical-mile race (1,170 kilometers, or about 720 miles) sails from Sydney down the south coast of New South Wales state and across Bass Strait to Hobart, the capital of the island state of Tasmania.

The record is not expected to be challenged this year, with the first boats expected to take at least two days to get to Hobart. 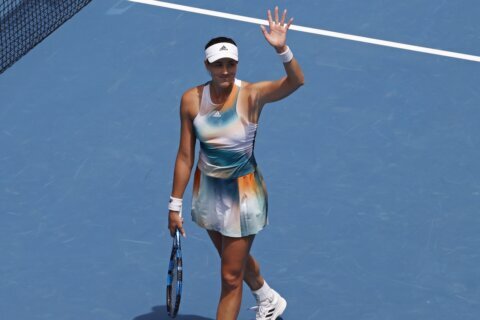 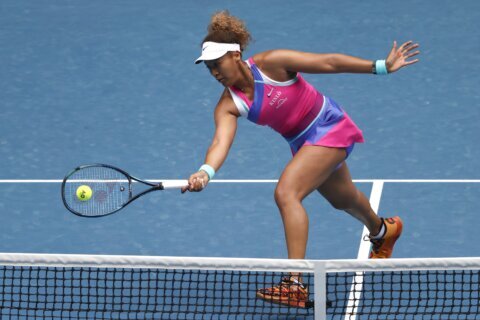