Serena Williams, Osaka drawn in same half at Australian Open

MELBOURNE, Australia (AP) — Majors are what matters at this stage for Serena Williams.

After agreeing Friday to the notion that she could consider her next Grand Slam title to be her favorite, she withdrew from a scheduled semifinal match against top-ranked Ash Barty in a tuneup event — citing an injured right shoulder — not long after the draw for the Australian Open was made.

For her latest bid to equal Margaret Court’s all-time record of 24 Grand Slam singles titles, Williams was drawn in the same quarter as second-ranked Simona Halep and the same half as No. 3 Naomi Osaka, the U.S. Open champion.

Osaka will face Anastasia Pavlyuchenkova in the first round and has major champions Angelique Kerber, Garbine Muguruza, Venus Williams and Bianca Andreescu in her quarter.

“I saw the projected draw (for) me, and I, actually, I’m kind of excited,” said Osaka, who has a 2-1 record against Serena Williams, including a memorable major breakthrough in the 2018 U.S. Open final. “I like playing tough people, especially in Slams.”

But she wasn’t getting ahead of herself.

“Honestly, I’ve never seen a projected draw come true, so I guess it will be interesting for all of us,” Osaka said.

Defending champion Sofia Kenin is in the top half of the women’s draw along with Barty, and they could potentially meet in the semifinals again. Two-time Australian Open champion Victoria Azarenka, Johanna Konta and Elina Svitolina are also in Kenin’s quarter.

First up for Williams will be Laura Siegemund of Germany, and that could be either Monday or Tuesday depending on how the schedule is worked out. Williams already has won seven Australian Open titles and her 23 major titles is a record in the Open era. She hasn’t add that tally since her win in Australia in 2017, when she was pregnant with her daughter, Olympia.

Williams didn’t mention any injuries or pain during her post-match interview after beating Danielle Collins on Friday. She said she feels much younger than her 39 years and took a bit of inspiration from Tampa Bay quarterback Tom Brady, who at 43 is playing in his 10th Super Bowl.

“I feel good. I look at Tom Brady, it’s so inspiring,” Williams said. “I think with all the new things, all the new technology, all the new physical treatments, rehab, things that you can do, I don’t know what that age means anymore.”

She was asked about Brady’s theory that his next championship would be his favorite.

“Yeah, I mean, that would absolutely be my answer. It’s a great way to think,” she said. “Because otherwise you’re living off of what you already did.”

The second-ranked Nadal, aiming to win a men’s record 21st major singles title — he moved equal with Roger Federer by winning last year’s French Open — will open against Laslo Djere and could face fifth-seeded Stefanos Tsitsipas in the quarterfinals.

In the top half, Djokovic’s bid for a third consecutive Australian title — and ninth overall — could get tricky. The top-ranked Serb has an opener against Jerome Chardy and three-time major champion Stan Wawrinka, Milos Raonic and Alexander Zverev are in his quarter.

Wawrinka beat Djokovic in the finals of the 2015 French Open and the 2016 U.S. Open, and has won their last two matches.

Djokovic and Zverev were playing against each other in an ATP Cup doubles match when the draw was made for the Australian Open.

The official draw was delayed by a day because all play in six tournaments was suspended on Thursday while 160 players had to isolate and get tested for COVID-19 after a worker in one of the tournament quarantine hotels tested positive. Tennis Australia said all players — and all of the 507 people who had to isolate after being in the quarantine hotel — returned negative tests. 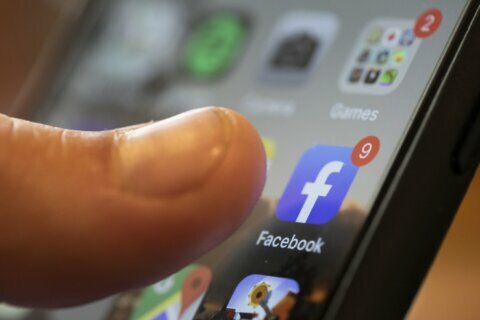