As he encouraged them to move along, he murmured to them in Japanese — trying to get them accustomed, he said, to the sounds of their future homes.

The not-so-little bugs — which can grow up to 17 centimeters (6.5 inches) long — have a remarkably productive and complicated life among the humans who breed and collect them.

Viasus operates a company called Tierra Viva in a rural area around the city of Tunja, a city some 150 kilometers (95 miles) northwest of the Colombian capital of Bogota.

An attempt as a postgraduate student to produce organic fertilizer with worms failed, Viasus said, but he found beetle larvae in the bags of earth that remained. He tried using them instead. And it worked.

Tons of food scraps collected from nearby communities are spread in concrete ditches and covered with earth. Then beetle larvae — the stage between egg and adulthood — are introduced.

They chew through the refuse and their digestive microorganisms transform it into a fertilizer rich in nitrogen and phosphorous.

After four months or so, the product passes through a filter that separates the fertilizer from the larvae, who are at the point of becoming adult beetles.

They mate, and their eggs are used to start the process anew. The adults, however, go on very different journeys. Some are headed for scientific labs. And a lucky few embark on a future across the Pacific in Japan, where beetles are popular as pets, and are even sold over online emporiums such as Amazon.

Tierra Viva has been exporting the bugs — largely Hercules beetles — since 2004, and Viasus said they can bring as much as $150 each.

This year the company sent 100 beetles to Tokyo — down from 300 last year — held in little plastic cases with air holes and food.

The sales are often in the company’s variant of cryptocurrency, called “Kmushicoin” — a variant on a Japanese word for beetle.

Viasus, 52, said he hopes the project can grow and prosper for another century — perhaps with its fertilizer used in reforestation projects.

“It’s very difficult in Colombia … because we do it without any help from the state or any other entity. In any other country of the world, a project like this would get a lot of help,” he said. 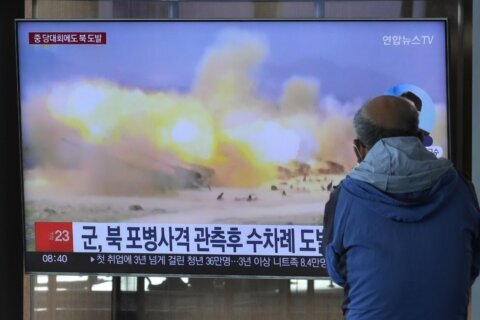