BEIJING (AP) — Police in eastern China shot dead a would-be bank robber Tuesday and freed the hostage he had taken, in a rare instance of violent crime in the tightly controlled country.

A notice on the social media account of the Tai’an city police department said Tuesday’s attempted robbery began around noon and ended with the suspect’s death about an hour later after officers issued multiple warnings. No one else was harmed in the incident, the notice said.

It gave no further details about the suspect, whether he was armed or the name of the bank, saying the case remained under investigation.

Such crimes are highly infrequent in China, whose ruling Communist Party maintains tight electronic surveillance over its citizens and bans private ownership of firearms. Strict measures taken in response to the COVID-19 pandemic have added to such controls by restricting movement around the country.

However, amid a slowing economy, protests have broken out among bilked depositors targeting banks they accuse of malfeasance, sparking swift and often violent responses from the authorities.

Taishan, in Shandong province, is famed for its historical features, particularly the ancient Buddhist pilgrimage site of Mount Tai that in pre-pandemic times attracted hordes of visitors. 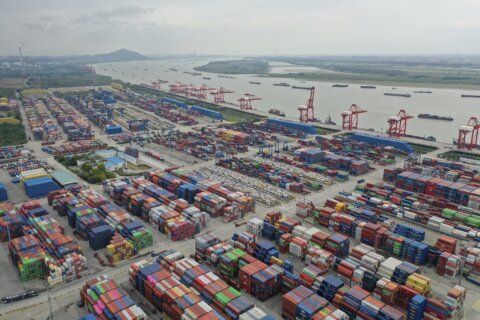