The incident on a flood-weakened highway took place in Sindh province on Indus Highway. The road had been dredged in several places to drain out floodwater, but has not been repaired months later. Impoverished Pakistan is struggling to recover from record-breaking flooding, which killed more than 1,700 people and damaged roads and bridges.

Police officer Imran Qureshi said the van was bringing passengers from Khairpur district to a famous Sufi shrine in Sehwan. He said 13 of the passengers were rescued and moved to a nearby hospital. Hospital officials said eight women and 10 children, ages 10 to 15, were among the dead. Two of the injured were said to be in critical condition.

Southern Sindh province was the worst-hit by flooding triggered by unprecedented monsoon rains and made worse by climate change. The disaster affected 33 million people since mid-June and damaged or washed away 2 million homes.

The catastrophic flooding in Pakistan, largely in Sindh, also washed away road links. 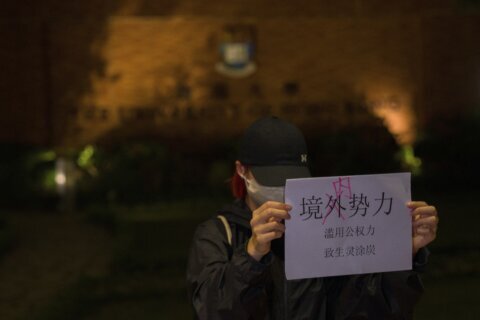