CANBERRA, Australia (AP) — Beijing was targeting its Pacific aid to new diplomatic allies Solomon Islands and Kiribati while Chinese financial support across the region continued to decline, the Lowy Institute reported Monday in its latest annual analysis of regional assistance.

China’s aid to the Pacific has fallen from a peak of $287 million in 2016 to $187 million in 2020 — the lowest level since 2008, when the Sydney-based international policy think tank began quantifying support for developing island nations in the Pacific.

Only 5% of Chinese aid to the Pacific was allocated to pandemic-related support, the report found.

The institute does not yet have complete data for 2021, but preliminary results suggest the decline in Chinese aid has continued.

Pacific Aid Map Project Director Alexandre Dayant said China was investing more into the Solomon Islands and Kiribati — Pacific countries that switched their diplomatic allegiances from Taiwan to Beijing in 2019 — than Taiwan had provided.

While Taiwan had provided $8 million to $9 million a year to the Solomons’ so-called Constituency Development Funds, Beijing was now contributing $11 million to $12 million, Dayant said.

The funds are allocated directly to lawmakers to spend and are criticized as a source of corruption.

Beijing has also increased the scale of infrastructure planned for the Solomons to host the regional Pacific Games next year, Dayant said, describing China’s investment in the Solomon Islands as small but increasing rapidly.

China was also planning to finance an airliner for Kiribati to boost its tourism industry in a deal that would not have met Taiwan’s aid program rules, Dayant said.

Australia’s new government has promised greater engagement with its Pacific neighbors. It blames neglect by its predecessor for China striking a bilateral security deal with the Solomons early this year that raised fears of a Chinese naval base being established in the South Pacific.

Australia, the biggest aid donor to the Pacific, announced in the government’s annual budget last week an additional 900 million Australian dollars ($570 million) in aid for the Pacific region.

Lowy researchers pointed to several reasons for China’s dwindling aid in the region, including a slowing domestic economy.

With the United States and its allies attempting to counter China’s growing influence in the Pacific, Pacific leaders now had more potential development partners to choose from.

Samoa had recently decided against borrowing from China to upgrade its port.

“We’re seeing different assessments of risk and return, different modes of operation, but really importantly, the Pacific island countries making choices about what will serve their development interests best, and they have more choices because there’s competition,” Keen said. 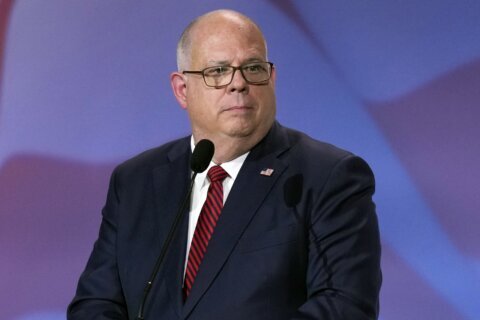