JAKARTA, Indonesia (AP) — Hundreds of workers and students in Indonesia rallied on Tuesday demanding the government cancel fuel price hikes, a politically sensitive issue that has triggered past unrest.

Members of trade unions, farmers, fishermen, temporary teachers and domestic workers protested in front of the parliament building in Jakarta and provincial governors’ offices against the fuel price increase of 30% that was announced by President Joko Widodo on Saturday.

He said it was his last option as the country’s energy subsidy had tripled this year to 502 trillion rupiah ($34 billion) from its original budget, triggered by rising global prices of oil and gas.

The rally also demanded an increase in the minimum wage next year, said Said Iqbal, the president of the Confederation of Indonesian Trade Unions.

He said that the protest in Jakarta and 25 provinces was only the beginning and will go on until December. The workers are also considering a national strike unless their demands are met.

The hike — the first in eight years — raised the price of gasoline from about 51 cents to 67 cents per liter and diesel fuel from 35 cents to 46 cents.

In Makassar, the capital of South Sulawesi provinces, dozens of students who rallied on Monday and Tuesday said the increase will burden especially the most vulnerable who have not fully recovered from the impact of the COVID-19 pandemic.

The government has subsidized fuel for decades in Indonesia, the vast archipelago nation of more than 270 million people. Past increases in the price of fuel and other goods have triggered student protests and in 1998, mass riots that helped topple longtime dictator Suharto. 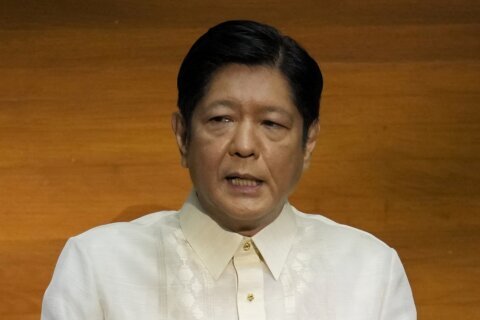