UN chief: Rohingya must be part of Myanmar crisis solution

He commented on the eve of the fifth anniversary of the start of a mass exodus by the Muslim minority to Bangladesh to escape a military crackdown in Myanmar’s northern Rakhine state.

U.N. spokesman Stephane Dujarric said Guterres noted “the unflagging aspirations for an inclusive future” for the Rohingya, who face widespread discrimination in Buddhist-majority Myanmar. Most are denied citizenship and many other rights.

The long-simmering conflict with the Rohingya exploded on Aug. 25, 2017, when Myanmar’s military launched what it called a clearance campaign in Rakhine in response to attacks on police and border guards by a Rohingya militant group. More than 700,000 Rohingya fled to Bangladesh as troops allegedly committed mass rapes and killings and burned thousands of homes.

In January 2020, the International Court of Justice, the U.N.’s top court, ordered Myanmar to do all it could to prevent genocide against the Rohingya. Two days earlier, an independent commission set up by Myanmar’s government concluded there were reasons to believe security forces committed war crimes against the Rohingya — but not genocide.

In March 2022, the United States said the oppression of the Rohingya amounts to genocide after authorities confirmed accounts of mass atrocities against civilians by Myanmar’s military.

Guterres’ spokesman said that “perpetrators of all international crimes committed in Myanmar should be held accountable,” adding that “justice for victims will contribute to a sustainable and inclusive political future for the country and its people.”

“The Rohingya are nationals of Myanmar and they have to be taken back,” Hasina was quoted as saying by Bachelet’s press secretary, Ihsanul Karim.

But Dujarric, the U.N. spokesman, said there are no immediate prospects for the Rohingya to return, noting that more than 150,000 Rohingya are still confined in camps in Myanmar’s Rakhine state.

China brokered a 2017 agreement between Bangladesh and Myanmar to repatriate the Rohingya. But Hasina and other Bangladeshi officials have expressed frustration at what they call Myanmar’s inaction in taking them back. The Rohingya have balked at returning without having their longstanding grievances addressed.

Myanmar’s army ousted the country’s elected government in February 2021 as Aung San Suu Kyi’s party was about to start a second term in office. The military takeover was met with widespread public opposition, which has since turned into armed resistance that some U.N. experts have characterized as civil war. Critics of the military have accused it of carrying out widespread human rights abuses.

The secretary-general “underlines that the full and effective participation of the Rohingya people is an inherent part of a Myanmar-led solution to the crisis,” he said. “It is critical that the international community continue to seek comprehensive, durable and inclusive solutions to the crisis.”

Dujarric said greater access to affected areas for U.N. humanitarian and development officials and their partners is “crucial.” 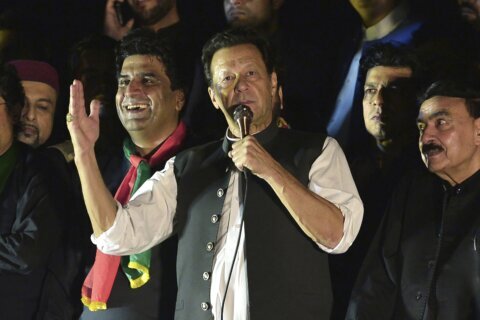