Its largest lake is so dry, China digs deep to water crops 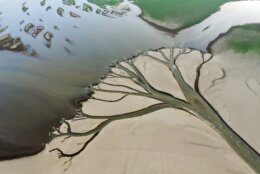 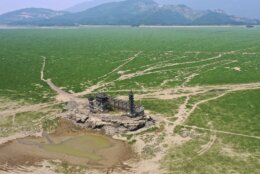 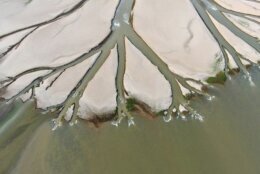 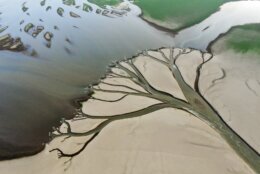 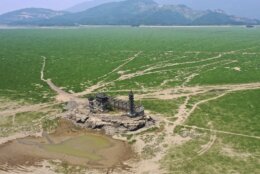 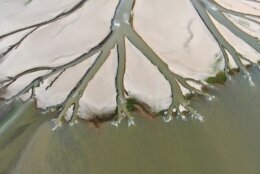 BEIJING (AP) — With China’s biggest freshwater lake reduced to just 25% of its usual size by a severe drought, work crews are digging trenches to keep water flowing to one of the country’s key rice-growing regions.

The dramatic decline of Poyang Lake in the landlocked southeastern province of Jiangxi had otherwise cut off irrigation channels to nearby farmlands. The crews, using excavators to dig trenches, only work after dark because of the extreme daytime heat, the official Xinhua News Agency reported.

A severe heat wave is wreaking havoc across much of southern China. High temperatures have sparked mountain fires that have forced the evacuation of 1,500 people in the southwest, and factories have been ordered to cut production as hydroelectric plants reduce their output amid drought conditions. The extreme heat and drought have wilted crops and shrunk rivers including the giant Yangtze, disrupting cargo traffic.

As determined by water level, the lake officially entered this year’s dry season Aug. 6, earlier than at any time since records began being taken in 1951. Hydrological surveys before then are incomplete, although it appears the lake may be at or around its lowest level in recent history.

Along with providing water for agriculture and other uses, the lake is a major stopover for migrating birds heading south for the winter.

China is more accustomed to dealing with the opposite problem: seasonal rains that trigger landslides and flooding every summer. Two years ago, villages and fields of rice, cotton, corn and beans around Poyang Lake were inundated after torrential rains.

This year, a wide swath of western and central China has seen days of temperatures exceeding 40 degrees Celsius (104 Fahrenheit) in heat waves that have started earlier and lasted longer than usual.

The heat is likely connected to human-caused climate change, though scientists have yet to do to the complex calculations and computer simulations to say that for certain.

The “truly mind-boggling temperatures roasting China” are connected to a stuck jet stream — the river of air that moves weather systems around the world — said Jennifer Francis, a climate scientist at the Woodwell Climate Research Center in Falmouth, Massachusetts.

She said an elongated area of relatively high atmospheric pressure parked over western Russia is responsible for both China’s and Europe’s heat waves this year. In China’s case, the high pressure is preventing cool air masses and precipitation from entering the area.

“When hot, dry conditions get stuck, the soil dries out and heats more readily, reinforcing the heat dome overhead even further,” Francis said.

In the hard-hit city of Chongqing, some shopping malls have been told to open only from 4 p.m. to 9 p.m. to conserve energy. Residents have been seeking respite in the cool of air raid shelters dating from World War II.

That reflects the situation in Europe and elsewhere in the Northern Hemisphere, with high temperatures taking a toll on public health, food production and the environment.