UNITED NATIONS (AP) — The U.N. Security Council on Wednesday unanimously condemned Myanmar’s executions of four political prisoners and called for an immediate halt to all violence and “full respect for human rights and the rule of law.”

The statement approved by all 15 council members noted Myanmar had hanged the men after the Association of Southeast Asian Nations and other members of the 10-nation bloc that includes Myanmar appealed for the sentences to be reconsidered. Council members also “reiterated their full support for Myanmar’s democratic transition and their strong commitment to the sovereignty, political independence, territorial integrity and unity of Myanmar.”

ASEAN has been leading global efforts to bring peace to Myanmar, which has been rocked by civil unrest and and widespread fighting since the military ousted an elected government in February 2021. But it has stonewalled on ASEAN’s peacemaking efforts.

This week, ASEAN denounced the executions as “highly reprehensible” and said they set back its efforts to facilitate dialogue between the military leadership and opponents.

The four men hanged over the weekend were a former National League for Democracy lawmaker, a democracy activist and two men accused of killing a woman they allegedly believed was a military informant. All were tried, convicted and sentenced by a military tribunal with no possibility of appeal. They were Myanmar’s first judicial executions in nearly 50 years and came as a surprise even to family members of the men.

ASEAN’s five-point plan to restore peace and stability to Myanmar includes an immediate halt to violence, a dialogue among all parties, and appointment of an ASEAN special envoy who would visit Myanmar to meet all concerned parties. Myanmar’s military-installed government initially agreed to the consensus reached in April 2021 but has made little effort to implement it, and the country has slipped into a situation that some U.N. experts have characterized as a civil war.

The Security Council echoed ASEAN’s call “for concrete actions to effectively and fully implement the five-point consensus” and took note of the bloc’s view that the death sentences “presented a gross lack of will” to support the ASEAN chair’s efforts to expedite implementation.

Earlier this week, U.N. special envoy Noeleen Heyzer said the U.N. views the executions as a “blatant violation” of a person’s “right to life, liberty and security.”

China, which is Myanmar’s biggest trading partner and an old ally, welcomed the Security Council’s alignment of views with the ASEAN chair’s statement after the executions, which diplomats said Beijing sought.

A spokesperson for China’s U.N. Mission cited the “particular importance” of the council statement’s call for an immediate cessation of all forms of violence, including attacks on infrastructure, health and education facilities.

“We believe this sends a strong signal of the council’s rejection of all violence, unjustifiable wherever and by whoever committed,” said the spokesperson, who was not authorized to speak publicly. “And we hope these important messages from the council could be heeded by all relevant parties.” 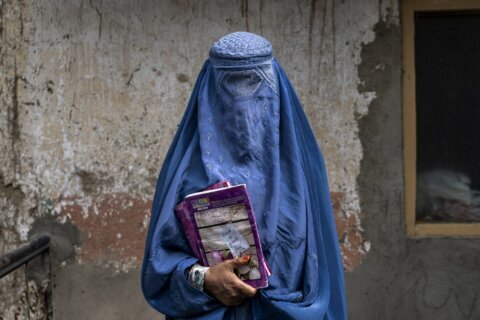 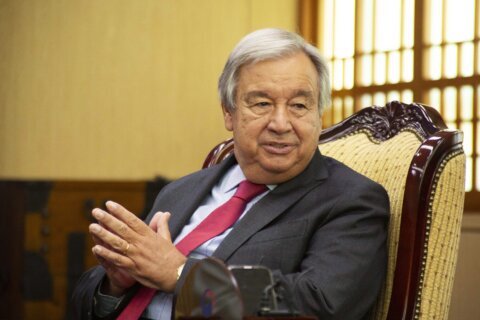