SEOUL, South Korea (AP) — The $40 billion U.S. package of assistance for Ukraine as it tries to fend off Russia’s aggression is hitching a ride on a commercial flight to South Korea so it can be signed by President Joe Biden.

The Senate voted Thursday to finalize the new military and humanitarian assistance to Ukraine as Biden was making his way to the South Korean capital, Seoul. Biden is in Asia for meetings with the leaders of South Korea, Japan and members of the Indo-Pacific group known as the Quad.

A White House official, who spoke on condition of anonymity because they were not authorized to comment publicly, said the bill was being flown to South Korea by a U.S. government official who was already planning to travel to the region on a commercial flight as part of the individual’s official duties. It was not clear when the bill would arrive, but the president was expected to sign it before he heads to Tokyo on Sunday.

For decades, bills that needed an urgent signature were routinely flown by White House aides to the president if he was abroad.

In 2005, President George W. Bush flew back to Washington from his Texas ranch to sign legislation requiring doctors to continue feeding a comatose Florida woman, Terri Schiavo, whose husband wanted to let her die.

An autopen was used for the first time for a bill signing in 2011, when President Barack Obama signed an extension of the Patriot Act into law while he was traveling in Europe.

He used the machine –- which was widely used at the time for mundane commercial and government purposes — because Congress took unexpectedly long to approve the renewal of that law. Its anti-terrorism powers were minutes from expiring at midnight East Coast time when Obama, in France, was awakened to sign the measure.

The Ukraine bill includes $20 billion in military aid that is expected to finance the transfer of advanced weapons systems, $8 billion in general economic support for Ukraine, nearly $5 billion in global food aid to address potential food shortages sparked by the collapse of the Ukrainian agricultural economy, and more than $1 billion in combined support for refugees. 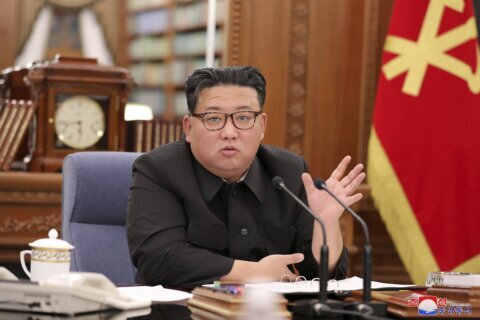