SEOUL, South Korea (AP) — North Korean leader Kim Jong Un vowed to bolster his nuclear forces at “maximum speed” and threatened to use them if provoked in a speech he delivered during a military parade that featured powerful weapons systems targeting the United States and its allies, state media reported Tuesday.

His remarks suggest he will continue provocative weapons tests in a pressure campaign to wrest concessions from the U.S. and other rivals. The parade Monday night was to mark the 90th anniversary of North Korea’s army — the backbone of the Kim family’s authoritarian rule — and comes as the country faces an economy battered by pandemic-related difficulties, punishing U.S.-led sanctions and its own mismanagement.

“We will continue to implement measures aimed at strengthening and developing our country’s nuclear forces at the maximum speed,” Kim told his troops and the crowd gathered for the parade at a Pyongyang plaza, according to the official Korean Central News Agency.

The parade featured marching troops shouting “hurrah!” and an array of modern weapons including missiles potentially capable of reaching the U.S. homeland as well as shorter-range missiles that can be fired from land vehicles or submarines and threaten South Korea and Japan.

North Korea claimed to have test-fired that missile last month in its first full-range ICBM liftoff in more that four years. South Korea disputed that, saying North Korea launched a smaller, existing Hwasong-15 ICBM following a failed launch of the Hwasong-17. Despite the outside doubts, the missile fired on March 24 flew longer and higher than any other missile North Korea has launched, demonstrating potential ability to reach deep into the U.S. mainland.

KCNA said spectators at the parade raised loud cheers when they saw the Hwasong-17, which it said showed “the absolute power of Juche (self-reliance), Korea and the strategic position of our republic to the world.”

North Korea often commemorates key state anniversaries with huge fanfare to boost an internal unity. Tuesday’s KCNA dispatch praised Kim for accomplishing “the historic great cause of completing the nuclear forces by making a long journey of patriotic devotion with a death-defying will in order to make sure that the people would eternally enjoy happiness free from the horrors of war generation after generation.”

Kim has also been reviving nuclear brinkmanship aimed at forcing the United States to accept North Korea as a nuclear power and to remove crippling economic sanctions. Analysts say North Korea is exploiting a favorable environment to push forward its weapons program as the U.N. Security Council remains divided over Russia’s war in Ukraine.

Nuclear negotiations between Washington and Pyongyang have been stalled since 2019 because of disagreements over the potential easing of U.S.-led sanctions in exchange for North Korean disarmament steps. Kim has stuck to his goals of simultaneously developing nuclear weapons and the country’s dismal economy in the face of international pressure and has shown no willingness to fully surrender a nuclear arsenal he sees as his biggest guarantee of survival.

North Korea has conducted 13 rounds of weapons tests this year, including its claimed launch of the Hwasong-19. There are also signs North Korea is rebuilding tunnels at a nuclear testing ground that was last active in 2017, possibly in preparation for exploding a nuclear device.

In 2017, North Korea claimed to have acquired an ability to launch nuclear strikes on the U.S. mainland after a torrid run of nuclear and missile tests. The North had halted such high-profile tests before it entered the now-dormant diplomacy with the United States.

The North has spent much of the past three years focusing on expanding its short-range arsenal targeting South Korea as nuclear negotiations with the United States stalled.

Kim’s aggressive military push could also be motivated by domestic politics since he doesn’t otherwise have significant accomplishments to show to his people as he marks a decade in power. He failed to win badly needed sanctions relief from his diplomacy with then-President Donald Trump, and the COVID-19 pandemic unleashed further shocks to the country’s broken economy, forcing him to acknowledge last year that North Korea was facing its “ worst-ever situation.” 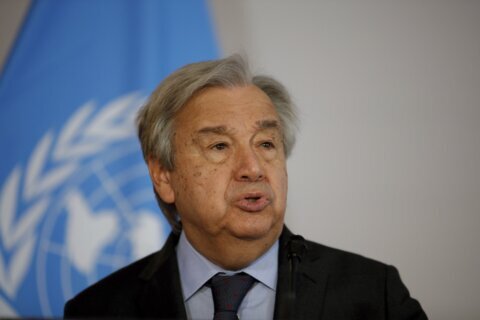 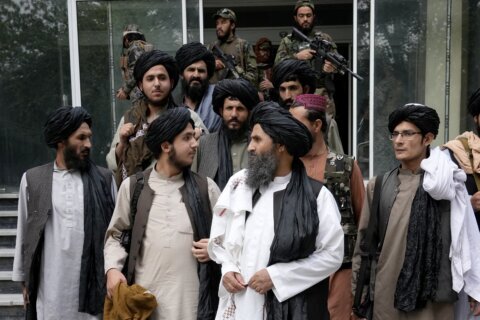