ISLAMABAD (AP) — The body of a Pakistani-American woman, who investigators believe was killed by her former husband over a…
Listen now to WTOP News WTOP.com | Alexa | Google Home | WTOP App | 103.5 FM

ISLAMABAD (AP) — The body of a Pakistani-American woman, who investigators believe was killed by her former husband over a property dispute, was brought to the city of Rawalpindi for further investigation, police said Sunday.

Wajiha Swati, a U.S. citizen of Pakistani origin, had been missing since she arrived in Pakistan in mid-October to settle issues with her ex-husband, Rizwan Habib.

Habib was arrested on suspicion of murder last week, said Sajid Kiyani, Rawalpindi’s police chief. He said Habib confessed Saturday to killing Swati after four days of interrogation, and that he killed her the day she arrived in the city.

Swati’s body was found in the district of Lakki Marwat in Khyber Pakhtunkhwa province, police said.

“Police have exhumed the body from a house in Lakki Marwat’s Peezo area, where the suspect led the police after confessing (to) the murder,” Kiyani said.

Habib’s initial court appearance was set for Monday. He was unable to be reached in custody and it was not immediately clear if he had legal representation.

Police said a complaint was initially filed about Swati’s disappearance and during the subsequent investigation U.S. Embassy officials contacted police to assist in finding her. It was not immediately clear where Swati resided.

Kiyani said Habib managed to convince Swati to return to Pakistan. Police believe he picked her at the airport, abducted her and killed her with the help of his father and another man, both of whom were also arrested.

Investigators believe Swati was killed by her former husband in a dispute over property. Kiyani said police retrieved the body from a house owned by an employee of Habib. 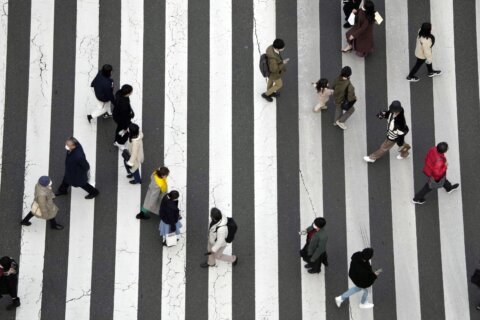