‘Looking ugly’: Why skiing might ditch its combined event

When skiers Mikaela Shiffrin and Marco Schwarz won the world titles in Alpine combined last February, they didn’t expect to have just one more such race in their careers.

But the 2022 Beijing Olympics might be the last time top-level skiers compete in the traditional discipline that pits speed and technical racers against each other.

The new World Cup season, which starts in Austria on Oct. 23-24, does not have any combined events, and they are unlikely to return to the calendar any time soon.

“It is definitely a shame for me,” Schwarz said about the possible removal of the event, which combines a downhill or super-G run with a slalom run.

“The calendar is already pretty tight without it, so from that perspective it is OK,” the Austrian skier said. “But of course, I really liked racing it and I would love to race it in the future as well.”

A workgroup of the International Ski Federation is currently looking into the future of the combined event, among other disciplines.

The Alpine Future Vision Working Group was set up last June following the election of Johan Eliasch as FIS President “to review and recommend aspirational plans to grow participation and competition,” according to its mandate.

The chairman of the group is influential Austrian official and long-term FIS Council member, Peter Schroecksnadel, who stepped down as president of the Austrian Ski Federation after 31 years last spring.

The workgroup has three meetings scheduled this fall before presenting its proposals.

Combined events once were a showpiece of Alpine skiing. When the sport was first included in the Olympics, in Garmisch-Partenkirchen in 1936, a combined event was the only race.

Intended to reward the best all-round skier, the discipline helped popularize the sport in the early days of the World Cup — the late 1960s and the 1970s.

“It was a great image. When you go back to the times of Karl Schranz and Jean-Claude Killy, they were the heroes, they were the stars,” said Markus Waldner, FIS men’s race director.

But the professionalization of Alpine skiing since the 1980s has pushed the combined event to the sidelines.

The ski industry has been developing specific equipment for each discipline, and the preparation of courses has made ski racing more demanding through the years.

The evolvement of the sport has seen downhill racing and slalom skiing diverge, requiring a different approach in training and making it harder for skiers to compete at top level in both.

“These two disciplines are not matching anymore, they are not fitting. This is a problem,” Waldner said.

“The bodies of the speed guys, of (Beat) Feuz, (Dominik) Paris, or (Matthias) Mayer, are trained focusing on the downhills and the super-Gs. They need to be powerful. The slalom guys are completely different from a physical perspective. It is also getting dangerous, for a tiny slalom guy to jump down in a downhill.”

And the other way around: A speed skier struggles on a slalom course.

“After watching a top star in downhill, seeing this poor guy in a slalom, even if it is an easy slalom, is just looking ugly. Just ridiculous,” Waldner said.

“Is this what we want to show to our fans? That Paris is looking like a beginner? No. We need an attractive show, we need top performances.”

The World Cup calendar 10 years ago still had room for four combined races, but its number has steadily decreased.

Still, the combined event survived, though its format has changed many times through the years.

Initially a discipline contested over two days — with a full downhill on the first and a two-leg slalom on the next — the combined event later got a shortened downhill or a super-G and a slalom reduced to one leg, both on the same day.

The latest adaption was a change of the starting order for the second run, with the best finishers of the speed leg starting first in the slalom. It didn’t do the event any good, as the winner was usually known after the first few starters in the slalom.

The men’s and women’s combined events got the lowest TV ratings by far of all races at the world championships in Cortina d’Ampezzo.

“Zero, zero. No people were watching,” said Waldner, criticizing the idea that the changed starting order would give a positive impetus.

“No, this is not the problem. The product is not good,” he said. “Only a few guys, like (Alexis) Pinturault, Schwarz, they can do both on a quite good level. But we are talking about not more than five guys in total. That is the problem.”

For Waldner, the outdated combined event has no future in Alpine skiing. And he waits for the workgroup led by Schroecksnadel to draw the same conclusion.

“Hopefully they give us an answer, rather sooner than later,” Waldner said. 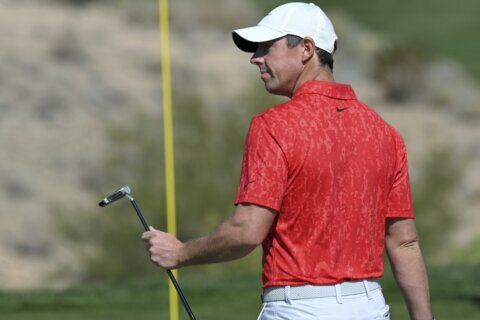 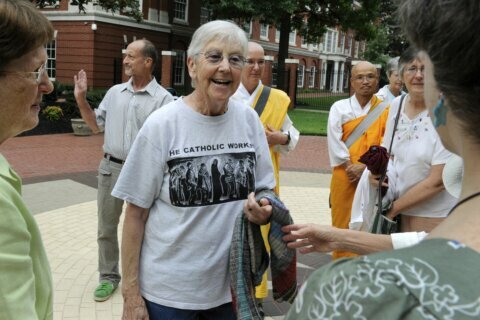