US volleyball star back for 3rd Olympics after giving birth

TOKYO (AP) — A third trip to the Olympics was far from a sure thing for U.S. volleyball star Foluke Akinradewo Gunderson when she gave birth to her son in November 2019.

A challenging pregnancy that robbed her of most of her core strength left her questioning whether she could get back to her usual elite level. But Gunderson had set a goal of being both a mother and professional athlete and took advantage of the delayed Olympics to make it back again this year in search of that elusive gold medal.

“I would be lying if I said that I didn’t have doubts, but at the same time, the player I am, I just always believe that whatever I put my mind to, it’s going to happen,” she said. “It was a goal and aspiration of mine and I was going to do whatever it took to make that happen. But, yeah, there were many moments along the way where I just thought maybe it wasn’t for me.”

Gunderson developed a severe case of diastasis recti during her pregnancy, which left a 9-centimeter separation of her “six-pack” muscles in her stomach that was big enough for a fist to fit through.

That left her with little core strength, but she was determined to make it to Tokyo even if the Olympics had gone on in 2020 as scheduled. She told her husband, Jonathan, that she would do whatever it took to get back to the Games.

And now she’s here getting ready for her first match of the tournament on Sunday.

“I told him, ‘Listen, I won’t be pleasant to be around, but I’m going to find a way to make it happen,’” she said. “I’m pretty driven that way.”

She got an extra year to get back into shape because of the COVID-19 pandemic and spent that time working out in her garage between breastfeeding sessions and keeping in touch with her U.S. teammates over Zoom.

Gunderson said she still has a small separation in her stomach but has regained almost all of her strength, although she does get reminded at times by her body after matches that she is a 33-year-old mother.

She played professionally in Japan this past season but was told at one point by U.S. coach Karch Kiraly that her blocking and other aspects of her game weren’t up to her usual level.

That only served as more motivation. Gunderson said that after feeling like her ego got kicked, she found another gear and is heading back to the Olympics in strong form, which is no surprise to her teammates and Kiraly.

“Nobody in this program thinks that anything is impossible for Foluke,” Kiraly said. “You could just ask anybody and they say, ‘Well, of course, it’s Foluke; she would have done it if she had to do it in less than 12 less months and play last year.’ She’s got a very single-minded way of being able to do that. To be able to do that after having started a family is just blowing people away that she continues to be such a professional and approach her craft in such a disciplined way and crush it as a mom.”

The challenge now that Gunderson is back in physical shape is dealing with the separation from Jonathan and 1-year-old Kayode. She gets daily pictures and FaceTime calls and leans heavily on her “second family” on the court.

“I love being here. I love being surrounded by these strong, hilarious, intelligent women,” she said. “It just makes this so much easier.”

Now the task is putting the frustrating finish to the 2016 Games in the past and focusing on trying to win the first gold medal ever for the U.S. women’s volleyball team.

That nearly happened five years ago in Rio de Janeiro before Gunderson injured her left knee late in the first set of the semifinals against Serbia when she was playing perhaps her best volleyball of the entire tournament.

Amid questions about the severity of the injury and whether she would do any long-term damage, Gunderson could only watch and encourage her teammates for the final four sets as the United States fell short of the gold medal match.

She played two days later for the bronze medal match when doctors determined she couldn’t damage the knee more. She helped the U.S. earn bronze with a win over the Netherlands, but some will always wonder if it would have been a different color medal had she not gotten hurt. 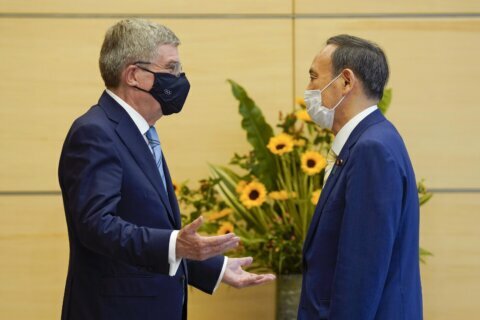 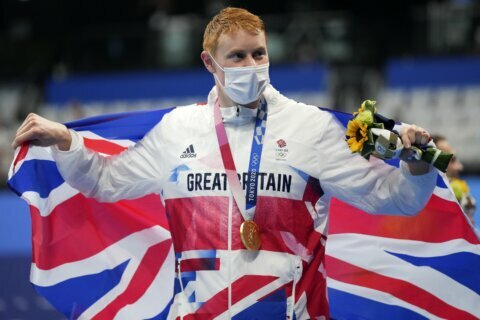 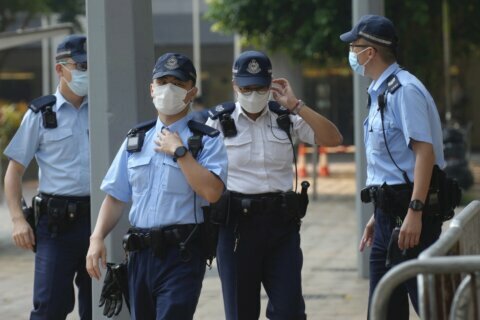