WHAT’S NEW: The four-day tournament is at the beginning of the Olympics for the first time after being staged at the end of the previous five games. The move is intended to maximize viewers for the Korean-born sport in Asia and beyond.

TOKYO EXPECTATIONS: The biggest spotlights are on Jones and China’s Wu Jingyu, who would become the first three-time Olympic taekwondo champions with a third gold. Jones has received an OBE, starred on a reality dating show and become one of Wales’ most popular athletes. … Mexican heavyweight Briseida Acosta is under pressure to perform well after taking the spot of three-time Olympic medalist María Espinoza. … Big things are expected as usual from South Korea, which qualified six taekwondokas and won six golds at the Asian Championships in June. Lee Dae-Hoon will try again for gold after winning silver and bronze in the previous two Olympics. … China is also sending six athletes.

ATHLETES TO WATCH: Wu won gold in Beijing and in London, but lost twice in Rio. Now 34, the flyweight qualified for a fourth Olympics in late 2019, 2 1/2 years after becoming a mother. She is the first four-time female Olympic taekwondo competitor … U.S. taekwondokas have medaled at every Olympics. Just two Americans have qualified for Tokyo: Paige McPherson, who won bronze in London, and 18-year-old Anastasija Zolotic. … The Refugee Olympic Team will have three representatives in Tokyo: women’s featherweight Kimia Alizadeh Zonouzi, women’s flyweight Dina Pouryounes Langeroudi and men’s featherweight Abdullah Sediqi. Alizadeh Zonouzi, who defected to Germany in January 2020, became the first Iranian woman to win a Summer Olympics medal with bronze in Rio.

The Latest: Golfer Rahm positive for COVID, out of Olympics 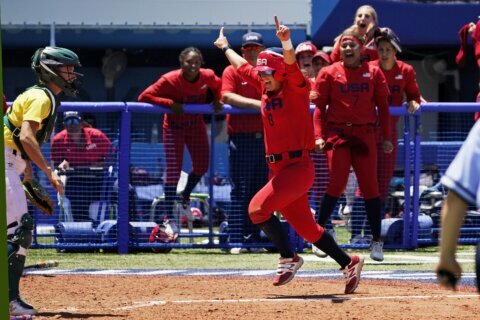 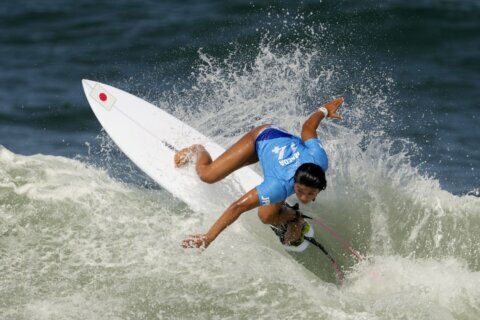