ISLAMABAD (AP) — Afghan government forces battled Friday to retake a border crossing with Pakistan from Taliban insurgents, and the Reuters news agency said one of its photographers was killed in the area.

The Taliban had overrun the Spin Boldak crossing earlier in the week. On Friday, witnesses on the Pakistan side of the border said they saw intense fighting and reported seeing bodies.

Reuters said Pulitzer Prize-winning photographer Danish Siddiqui, who was embedded with the Afghan special forces, was killed as the commando unit sought to recapture Spin Boldak.

The agency said Siddiqui and a senior Afghan officer were killed in what they described as Taliban crossfire. “We are urgently seeking more information, working with authorities in the region,” Reuters President Michael Friedenberg and Editor-in-Chief Alessandra Galloni said in a statement.

The Taliban have overrun dozens of districts in Afghanistan since the start of the final phase of the withdrawal of U.S. and NATO troops, after a 20-year military presence. The U.S. says its withdrawal is 95% complete.

In an interview with The Associated Press, U.S. peace envoy for Afghanistan Zalmay Khalilzad expressed surprise at the Taliban’s rapid sweep through swaths of Afghanistan, and said that a long-term “comprehensive” cease-fire may have to wait for the two sides to reach a political deal.

Still, he said he will press for a reduction in violence on the ground.

“I did expect some increased Taliban hold on territories that they were surrounding but had not yet captured, but the speed with which and the amount of territory that they have acquired is unexpected,” Khalilzad said, speaking to the AP on the sidelines of an international conference Friday in neighboring Uzbekistan. The gathering focused on the situation in Afghanistan.

“But I believe that there is no military solution despite the progress that the Taliban have made,” Khalilzad added. “For the war to end there has to be a political agreement.”

“The United States will not recognize a government imposed by force. The Taliban will not be treated as a normal, legitimate player if there isn’t a political settlement,” the U.S. envoy also said. “And the likely scenario of an attempt to impose by force a government will be Taliban isolation and a long war for Afghanistan.”

Afghanistan and the United States have criticized Pakistan in the past for allowing Taliban fighters to cross into Pakistan to receive medical treatment. Nearly 2 million Afghan refugees also live in Pakistan, having fled decades of war in their homeland.

Pakistan has used its influence over the Taliban to press the insurgents into talks with the U.S. and the Afghan government.

In the latest round of accusations, Afghanistan’s vice-president, Amrullah Saleh, tweeted that Pakistan’s air force warned the Afghan army and air force against trying to dislodge Taliban from Spin Boldak, an accusation Pakistan dismissed.

In response, Pakistan issued a statement saying 40 Afghan soldiers slipped across the border to Pakistan during the Taliban takeover of the crossing earlier this week.

The soldiers were returned to Afghanistan “with respect and dignity,” said the statement, which added that Pakistan also offered Afghanistan’s security force any logistical support it needed. 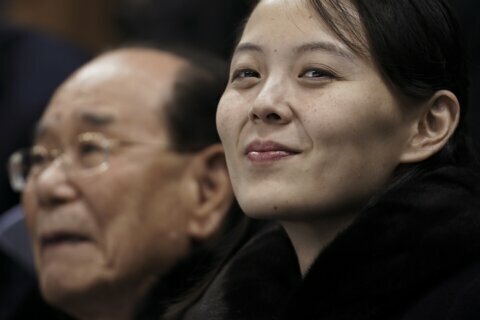