US trashes unwanted gear in Afghanistan to be sold as scrap

Americans are dismantling their portion of nearby Bagram Air Base, their largest remaining outpost in Afghanistan, and anything that they are not taking home or giving to the Afghan military, they destroy as completely as possible.
Listen now to WTOP News WTOP.com | Alexa | Google Home | WTOP App | 103.5 FM
(1/6) 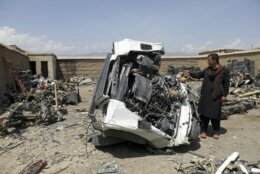 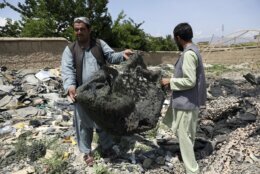 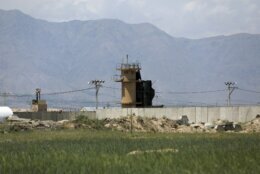 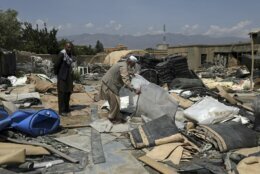 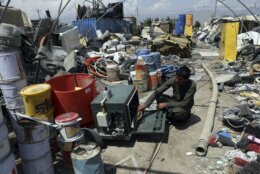 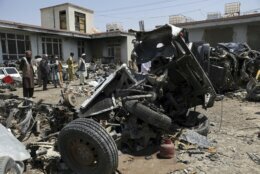 BAGRAM, Afghanistan (AP) — The twisted remains of several all-terrain vehicles leaned precariously inside Baba Mir’s sprawling scrap yard, alongside smashed shards that were once generators, tank tracks that have been dismantled into chunks of metal, and mountains of tents reduced to sliced up fabric.

It’s all U.S. military equipment. The Americans are dismantling their portion of nearby Bagram Air Base, their largest remaining outpost in Afghanistan, and anything that is not being taken home or given to the Afghan military is being destroyed as completely as possible, even small outposts are being dismantled or reduced to rubble.

They do so as a security measure, to ensure equipment doesn’t fall into the hands of militants. But Mir and the dozens of other scrap sellers around Bagram see it as an infuriating waste.

As the last few thousand U.S. and NATO troops head out the door, ending their own 20-year war in Afghanistan, they are involved in a massive logistical undertaking, packing up bases around the country. They leave behind a population where many are frustrated and angry. The Afghans feel abandoned to a legacy they blame at least in part on the Americans — a deeply corrupt U.S.-backed government and growing instability that could burst into brutal new phase of civil war.

The bitterness of the scrapyard owners is only a small part of that, and it’s based somewhat on self-interest: They feel they they could have profited more from selling intact equipment.

It’s been a common theme for the past two traumatic and destructive decades in which actions that the U.S. touted as necessary or beneficial only disillusioned Afghans who felt the repercussions.

At Bagram, northwest of the capital of Kabul, and other bases, U.S. forces are taking stock of equipment to be returned to America. Tens of thousands of metal containers, about 20 feet long, are being shipped out on C-17 cargo planes or by road through Pakistan and Central Asia. As of last week, 60 C-17s packed with equipment already had left Afghanistan.

Officials are being secretive about what stays and what goes. Most of what is being shipped home is sensitive equipment never intended to be left behind, according to U.S. and Western officials who spoke on condition of anonymity in order to talk freely about departing troops.

Other equipment, including helicopters, military vehicles, weapons and ammunition, will be handed over to Afghanistan’s National Defense and Security Forces. Some bases will be given to them as well. One of those most recently handed over was the New Antonik base in Helmand province, where Taliban are said to control roughly 80% of the rural area.

Destined for the scrap heap are equipment and vehicles that can neither be repaired nor transferred to Afghanistan’s security forces because of poor condition.

So far about 1,300 pieces of equipment have been destroyed, said a U.S. military statement. There will be more before the final deadline for departure on Sept. 11, said one U.S. official, speaking on condition of anonymity because he was not authorized to talk to the media.

The practice is not new. The same was done in 2014, when thousands of troops withdrew as the U.S. and NATO handed Afghanistan’s security over to Afghans. More than 387 million pounds (176 million kilograms) of scrap from destroyed equipment and vehicles was sold to Afghans for $46.5 million, a spokeswoman for the military’s Defense Logistics Agency in Virginia said at the time.

Last month, around the time President Joe Biden announced that America was ending its “forever war,” Mir paid nearly $40,000 for a container packed with 70 tons of trashed equipment.

He’ll make money, he told The Associated Press, but it will be a fraction of what he could have made if they’d been left intact, even if they weren’t in working condition.

The vehicle parts would have been sold to the legions of auto repair shops across Afghanistan, he said. That can’t happen now. They’ve been reduced to mangled pieces of metal that Mir sells for a few thousand Afghanis.

Sadat, another junk dealer in Bagram who gave only one name, says other scrap yards around the country are crammed with ruined U.S. equipment.

“They left us nothing,” he said. “They don’t trust us. They have destroyed our country. They are giving us only destruction.”

The Western official familiar with the packing up process said U.S. forces face a dilemma: Hand off largely defunct but intact equipment and risk having it fall into hands of enemy forces, or trash them and anger Afghans.

To make his point, he recounted a story: Not so long ago, U.S. forces discovered two Humvees that had found their way into enemy hands. They had been refitted and packed with explosives. U.S. troops destroyed the vehicles, and the incident reinforced a policy of trashing equipment.

But Afghan scrap yard owners and dozens of others who sifted through the junk in the yards wondered what dangers could have been posed by a treadmill that was torn apart, the long lengths of fire hose that were cut to pieces, or the bags once used to create large sand-barrier walls with their powerful mesh fabric now sliced and useless.

Dozens of tents cut and sliced sat in piles on the floor. Nearby were fuel bags and gutted generators, tank tracks and gnarled metal that looked like the undercarriage of a vehicle.

“They destroyed our country and now they are giving us their garbage,” said gray-bearded Hajji Gul, another junk dealer. “What are we to do with this?”

The Latest: EU suggests lifting travel limits on US tourists 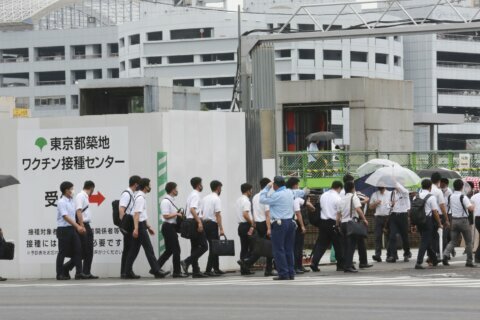 Japan looks to ease virus emergency ahead of Olympics 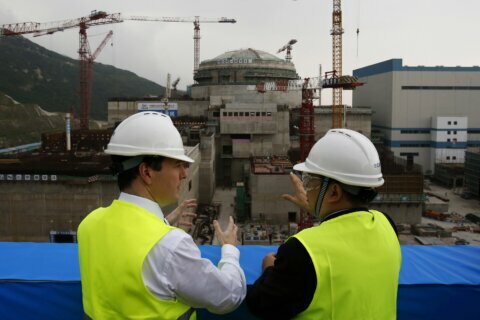