BEIJING (AP) — China’s government on Thursday rejected criticism of its human rights and economic record by foreign ministers of the Group of Seven major economies and accused them of meddling in its affairs.

The Foreign Ministry also rejected an appeal by the G-7 diplomats for Taiwan, the island democracy Beijing claims as part of its territory, to be allowed to participate in the World Health Organization.

The statement Wednesday by G-7 diplomats in London “made groundless accusations” said a Foreign Ministry spokesperson, Wang Wenbin. He accused them of “blatantly meddling” in China’s affairs.

“China strongly condemns it,” Wang said at a press briefing.

The officials from the United States, Japan, Germany, Britain, France, Italy and Canada said they were “deeply concerned” about Beijing’s treatment of Uyghur and other minorities. But they announced no formal joint action in response to reports of mass detentions, forced labor and forced sterilization.

The Biden administration wants to assemble a coalition to respond to China’s economic and strategic assertiveness. But some European governments are more cautious about dealing with the government of an important export market.

Beijing rejects complaints that it mistreats minorities and says camps in Xinjiang are for job training to promote economic development and combat radicalism among the western region’s predominantly Muslim population.

China also was irked that G-7 governments for the first time unanimously recommended Taiwan be allowed “meaningful participation” in the WHO. Wednesday’s statement cited Taiwan’s success in controlling the coronavirus.

The communist Beijing government says Taiwan, which split with the mainland in 1949 after a civil war, has no right to conduct foreign relations or participate in global bodies as a sovereign government.

“Taiwan’s participation in international organizations, including the activities of the World Health Organization, which is composed of sovereign states, must be handled in accordance with the one-China principle,” Wang said.

G-7 governments should be working on improving access to coronavirus vaccines for developing countries instead of “making accusations and interfering with other countries in a condescending way,” Wang said.

“Attempts to disregard the basic norms of international relations and to create various excuses to interfere in China’s internal affairs, undermine China’s sovereignty and smear China’s image will never succeed,” he said. 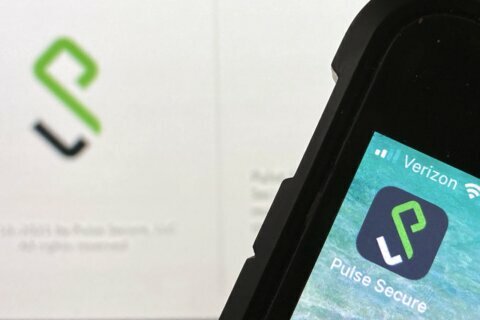 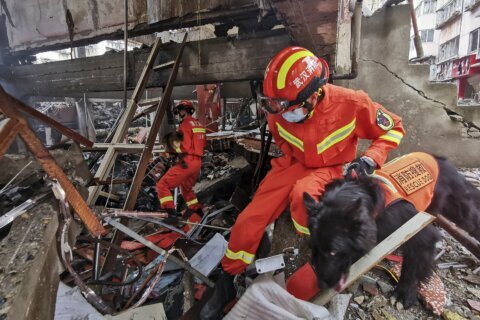