WASHINGTON (AP) — President Joe Biden and Japan Prime Minister Yoshihide Suga showcased the alliance between their two countries as well as their shared resolve in dealing with China as they met at the White House on Friday in Biden’s first face-to-face talks with a foreign leader as president.

Suga and Biden, who wore masks for their meeting in a visit modified by precautions against the coronavirus, were seeking to challenge messaging from Chinese President Xi Jinping that America and democracies in general are on the decline following the political turmoil and international withdrawal that marked Donald Trump’s presidency.

At a press conference in the Rose Garden after their meeting, Biden stressed U.S. commitments to Japan’s defense and said the alliance — the U.S. is Japan’s only treaty ally — would “prove that democracies can still commit and win” and “deliver for our people.”

Managing the alliance with the United States is one of the trickiest tasks for any leader of Japan, whose economy depends heavily on China and whose security depends on the U.S. Friday’s talks featured unusually frank talk from a Japanese leader against any effort by China to dominate the Indo-Pacific region by “force or coercion.”

Suga also called for peace and stability in Taiwan, and urged China — whose disputed claim to Taiwan is a potential flashpoint in the region and with the United States — to peacefully resolve the dispute. China under Xi has been increasingly deploying its military to assert its sweeping territorial claims, helping prod the United States, Japan and some other Indo-Pacific nations to strengthen their alliance.

Mildly worded as that part of the two leaders’ statement was, it marked the first time a Japanese prime minister had spoken out in a communique with the United States on Taiwan since 1969 talks between Richard Nixon and Eisaku Sato.

Suga told Japanese reporters after his White House visit that the two leaders and their aides had spent much of their meetings, conducted around a table in the White House state dining room, sharing stories of their lives and careers. It left them so engrossed “we ended up not even touching our hamburger steak prepared for us,” Suga said.

“I think we were able to establish a good relationship of trust,” he added.

The Biden administration calls managing U.S. policies toward China and the Indo-Pacific the primary challenge for the United States. That helped guide Biden’s decision, announced this week, to pull U.S. troops out of Afghanistan and free the administration to focus more on East Asia.

Chinese Foreign Minister Wang Yi had warned his Japanese counterpart in a call ahead of Suga’s visit to see to it that China-Japan relations “do not get involved in the so-called confrontation between major countries.”

Suga, a farmer’s son who rose to Japan’s highest political office after an early stint as a worker in a cardboard factory, succeeded Shinzo Abe as prime minister last September after long serving as his chief Cabinet secretary.

Suga expressed eagerness to meet with Biden early on despite global COVID-19 lockdowns.

The pandemic changed the normal routine for a visit by a foreign leader, so Biden didn’t host Suga for any formal meal. Earlier Friday, Suga placed a wreath at the Tomb of the Unknown Soldier at Arlington National Cemetery and visited with Vice President Kamala Harris. An honor guard greeted his arrival at the White House.

Speaking to reporters with Biden after their meetings, Suga also spoke out against a surge in attacks on Asians in the United States amid the coronavirus pandemic, and he and Biden pledged to fight such crimes.

Biden turned to Suga at one point in their press conference to note the recent victory of Japanese golfer Hideki Matsuyama in the Masters Tournament. The 29-year-old is the first Japanese player to win at Augusta National.

“You’ve got a Japanese boy coming over here, and guess what? He won the Masters,” Biden said.

Their joint statement also expressed concern over human rights for residents of Hong Kong and for China’s ethnic Muslim minority, marking another step where Japan was acceding to a U.S. push for a public rebuke to China. Both countries, however, declared they planned to work with China “on areas of common interest.”

Japan long has moved cautiously on steps that might worsen relations with China, though Suga has been more outspoken. His administration pushed its comfort zone in a statement stressing “peace and stability” on the Taiwan Strait. That came during a visit last month by Secretary of State Tony Blinken and Defense Secretary Lloyd Austin, which was the Biden administration’s highest-level face-to-face meeting at the time.

China tested U.S. and Taiwanese resolve weeks into the Biden administration by sending fighter jets and bombers near Taiwan.

Japan considers China’s growing military activity and broad territorial claims to be security threats. Japan is itself locked in a dispute with China over Beijing’s claim to the Japanese-controlled Senkaku Islands, called Diaoyu in China, in the East China Sea.

Elsewhere, Tokyo has watched with concern as China has built military installations on disputed territory it claims in the South China Sea.

U.S. ships regularly conduct so-called freedom of navigation operations, sailing into international waters that China claims as its own.

Biden as president has taken a different approach to China’s growing assertiveness and other global challenges, reaching out to allies as a first step.

President Barack Obama was seen as cajoling China, in hopes of encouraging reforms. After initially praising Xi, Trump later took on China head-on and solo, with tariffs and insults, while building a golf-buddy relationship with Suga’s predecessor, Abe.

The Biden-Suga meeting also saw new announcements on a series of alliance-building moves.

The U.S. and Japanese governments have been working to strengthen technology supply chains independent of China during a shortage of semiconductors that’s worrying businesses around the world. And both countries are expected in coming days to make deeper commitments to cutting climate-wrecking fossil fuel emissions, in line with Biden’s climate summit with 40 world leaders next week.

Knickmeyer reported from Oklahoma City and Yamaguchi from Tokyo. Associated Press writer Josh Boak contributed to this report from Washington. 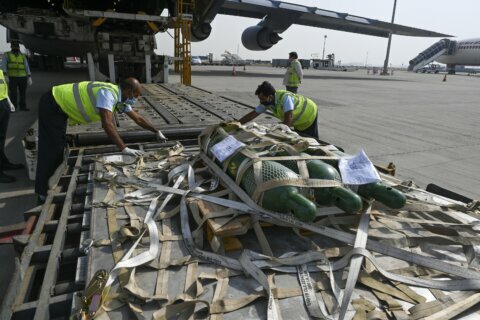 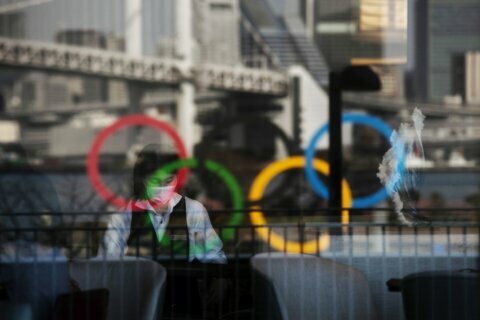 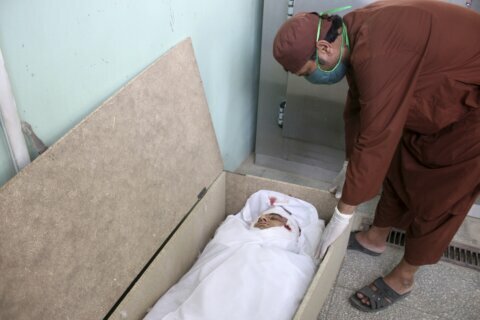