WASHINGTON (AP) — After Amir Hekmati was released from Iranian custody in a 2016 deal trumpeted as a diplomatic breakthrough, he was declared eligible for $20 million from a special U.S. government fund as compensation for years of imprisonment that included brutal torture.

But payday never arrived, leaving Hekmati to wonder why.

The answer has finally arrived: Newly filed court documents reviewed by The Associated Press reveal decade-old FBI suspicions that he traveled to Iran with the goal of selling classified secrets to the government. Hekmati vigorously disputes the allegations, has never faced criminal charges and is challenging a special master’s conclusion that he lied about his visit to Iran and is therefore not entitled to the money.

The FBI suspicions help explain the government’s ongoing refusal to pay Hekmati for his ordeal and muddy the narrative around a U.S. citizen, Marine and Iraq war veteran whose release was championed at the U.S. government’s highest levels, including by Joe Biden, then the vice president, and John Kerry, then the secretary of state. The documents offer radically conflicting accounts of Hekmati’s purpose in visiting Iran and detail the simmering behind-the-scenes dispute over whether he is entitled to access a fund that compensates victims of international terrorism.

Hekmati said in a sworn statement that allegations he sought to sell out to Iran are ridiculous and offensive. His lawyers say the government’s suspicions, detailed in FBI documents and letters from the fund’s special master denying payments, are groundless and based on hearsay.

FBI records show an investigation was opened 10 years ago and that Hekmati was interviewed by agents after his release from Iran. Yet prosecutors have brought no case. Years after the FBI scrutiny had begun, Hekmati was awarded payment from the fund — money he expected to receive until the fund’s special master revoked his eligibility in January 2020.

Gilbert declined to make Hekmati available for an interview while the lawsuit seeking payment is pending. But in a lengthy internet post published Tuesday, Hekmati accused the FBI of having “abused its authority” and said the Justice Department had failed to respond to evidence he’d presented contradicting the allegations.

The FBI and the Justice Department declined to comment, but details from the investigation emerge in hundreds of pages of documents filed in the case.

The documents show the FBI opened an espionage investigation into Hekmati as far back as 2011, the year he was detained in Iran on suspicion he was spying for the CIA.

Hekmati, who was raised in Michigan and served as an infantryman and interpreter in Iraq before being honorably discharged from the Marines in 2005, says he went to Iran to visit an ailing grandmother after a brief, unsatisfying stint as a Defense Department contractor conducting intelligence analysis in Afghanistan.

But the FBI concluded that he went there intent on selling Iran classified information, according to an unsigned five-page summary of its investigation.

The unproven assessment is based partly on accounts from four independent but unnamed sources who say Hekmati approached Iranian officials offering classified information, as well as the fact he abruptly resigned his contracting position and left for Iran without notifying supervisors, the FBI says. An FBI computer forensics search concluded that while in Afghanistan, he accessed hundreds of classified documents related to Iran that agents believe were outside the scope of his job responsibilities, the documents say.

Hekmati, the son of Iranian immigrants, says he researched Iran openly to cultivate an expertise on Iranian influence in Afghanistan. “Everyone knew” about the work he was doing, he said at a hearing last year, and supervisors didn’t place restrictions. He says he’d already quit his job when he left for Iran and wasn’t obligated to tell supervisors of his trip. At no point in Iran, he said, did he meet with any Iranian officials or try to sell secrets. Hekmati also produced correspondence that he says showed he planned to travel to Iran before learning of the Afghanistan opportunity.

Hekmati’s lawyers say the FBI’s suspicions are impossible to square with the treatment he endured in prison, which included torture such as being whipped, struck with batons and chained to a table. Were he actually spying for Iran, Gilbert said, “You’d think the guy would have been a valuable asset, they actually would have wanted to do something with him” rather than abuse him.

He was initially sentenced to death, but the punishment was ultimately cut to 10 years.

Hekmati enjoyed support from senior-level officials, including Kerry, who demanded his release, and Biden, who met with his family in Michigan. In January 2016, after four and a half years behind bars, he was freed with several other American citizens, including Washington Post journalist Jason Rezaian, as the Obama administration entered its final year eager for signs of improving relations after the nuclear deal with Iran.

Months later, Hekmati sued Iran over his torture. A federal judge in Washington entered a $63.5 million default judgment after Iran failed to contest the claims. Hekmati subsequently applied to collect through a Justice Department-run fund for terror victims financed by assets seized from U.S. adversaries. He was awarded the statutory maximum of $20 million, his lawyers say.

The fund’s special master then was Kenneth Feinberg, renowned for overseeing payments to victims of the Sept. 11 attacks. In December 2018, he authorized an initial payment of more than $839,000.

But for months, no money came. After Hekmati’s lawyers warned they’d have to sue, the Justice Department cryptically indicated it was seeking a reconsideration of the award.

When Feinberg formally revoked Hekmati’s eligibility for the fund in early 2020, Feinberg said the application contained errors and omissions and that information from the Justice Department supported the conclusion that Hekmati visited Iran with the intent of selling classified information.

A second letter last December didn’t repeat that precise allegation but said Hekmati had given “evasive, false and inconsistent statements” during three FBI interviews, failed to “credibly refute” that most of the classified information he accessed related to Iran and “traveled to Iran for primary purposes other than to visit his family.”

Feinberg declined to comment, saying his decision “speaks for itself.”

The correspondence had been secret until January when Hekmati’s lawyers filed it in the Court of Federal Claims in Washington as part of a lawsuit. Hundreds of pages of documents have since been filed outlining the investigation.

The documents include summaries of FBI interviews from 2016 in Germany, on Hekmati’s way home from Iran, and in Michigan that show FBI agents grilling him with increasing suspicion.

One summary says Hekmati refused to answer when asked if he’d ever accessed classified information on Iran and replied the FBI could figure it out itself. In a follow-up interview, an agent confronted Hekmati with the FBI’s assessment that he went to Afghanistan to obtain classified information that he could sell to Iran. The FBI says he initially deflected or failed to respond before finally saying that he accessed the material to become a subject matter expert.

Hekmati and his lawyers state the FBI interviews shouldn’t be considered credible in part because he was suffering from the effects of post-traumatic stress at the time.

The status of any investigation is unclear, as are Hekmati’s prospects of being paid. But Gilbert, Hekmati’s lawyer, says he hopes the decision gets a fresh look by the new Justice Department.

“I am hopeful that we will see the appropriate outcome here and be able to put this saga to bed,” Gilbert said. 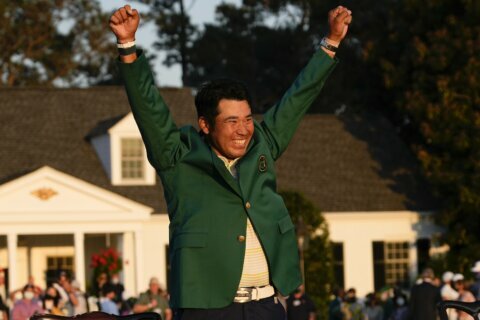