BANGKOK (AP) — Pro-democracy protesters in Thailand clashed with police Saturday night while seeking the release of four comrades awaiting trial on charges of defaming the monarchy.

The four top leaders of the student-led movement were ordered to stay in custody Tuesday on the so-called lese majeste charge, which carries a punishment of three to 15 years in prison. They were also charged with sedition.

The protest movement campaigned last year for Prime Minister Prayuth Chan-ocha and his government to step down, the constitution to be amended to make it more democratic and the monarchy reformed to make it more accountable.

The demand about the monarchy is the most controversial, because the institution has been widely considered an untouchable, bedrock element of Thai nationalism.

Police deputy spokesperson Krissana Pattanacharoen said more than 20 police were injured and seven or eight protesters detained. There was no information on the number of protesters hurt when they tried to breach heavily defended police lines.

At one point, footage showed riot police descending on and beating a medical volunteer who was waiting for his friend, another volunteer, to fix his motorcycle. The man wore a green vest identifying him as part of medical volunteers offering service at protests.

The volunteer service said the man was taken to a police station, and police said he was released Sunday morning.

The protest began at Bangkok’s Democracy Monument, where participants were urged to write their wishes for Thailand’s future on a big red cloth that was wrapped around the structure as those present sang the national anthem.

Members of the crowd of about 1,000 also removed plants that had been placed around the monument, alleging they had been put there last week to deny space for protesting.

Attapol Buapat, one of the protest leaders, said that if their friends were not freed from jail within seven days, protesters from around the country would head to Bangkok to join a big rally next Saturday.

“They should have been allowed bail,” said Attapol, also known as as Kru Yai.

The protesters then tried to march to the Bangkok City Pillar Shrine, the capital’s symbolic spiritual center, which is treated as the protector of the country and the monarchy.

At least 100 police in riot gear backed up by two water cannon trucks blocked their path. Attapol won agreement from the police to allow four protest representatives to carry out activities at the shrine. However, he could not control the crowd and front-line protesters dismantled barriers set up by police and threw bottles and smoke bombs at them.

After the four protest representatives returned from the shrine, organizers declared an end to the rally and the crowd began to disperse. 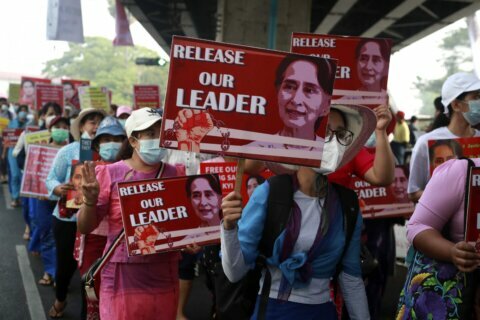 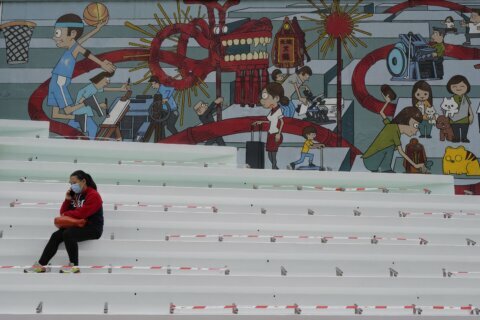 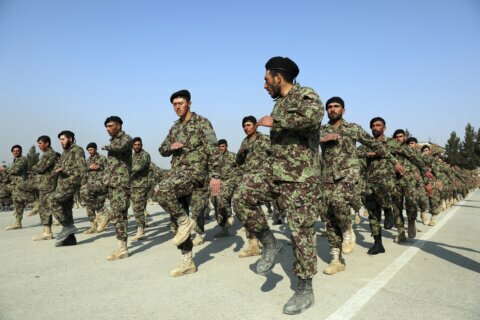