Myanmar protesters back on streets despite police violence

YANGON, Myanmar (AP) — Large crowds demonstrating against the military takeover in Myanmar again defied a ban on protests Wednesday, even after security forces ratcheted up the use of force against them and raided the headquarters of the political party of ousted leader Aung San Suu Kyi.

Witnesses estimated that tens of thousands of protesters, if not more, turned out in Yangon and Mandalay, the country’s biggest cities. Rallies also took place in the capital Naypyitaw and elsewhere.

The protesters are demanding that power be restored to Suu Kyi’s deposed civilian government. They are also seeking freedom for her and other governing party members since the military detained them after blocking the new session of Parliament on Feb. 1.

“As part of Generation Z, we are first-time voters. This is our first time to protest as well,” said one student who declined to give her name for fear of harassment. “They negated our votes, and this is totally unfair. We do not want that. We hope they release our leaders and implement a real democracy.”

The military says it acted because November’s election, which Suu Kyi’s National League for Democracy won in a landslide, were marred by irregularities. The election commission had refuted the allegation.

Some demonstrators in Yangon gathered at foreign embassies to seek international pressure against the coup.

A small group outside the Japanese Embassy held signs and chanted “We want democracy, we get dictators!” They sat in several children’s wading pools, three or fewer per pool, in what appeared to be a tongue-in-cheek way of showing compliance with an emergency law that bans gatherings of more than five people.

Others marched through the city, chanting and waving flags of Suu Kyi’s party.

Another group hauled a fake coffin as part of a mock funeral for Senior Gen. Min Aung Hlaing, the military chief who is the country’s new leader.

Civil servants in many areas have been risking their jobs to march with the protesters, and even some police have switched sides to oppose the coup. In a dramatic video shot Wednesday in a small village in Kayah State in eastern Myanmar, a group of 42 policemen and women declared their allegiance to the ousted elected government and resisted the entreaties of a senior officer to return to duty. Local residents flocked to their side to ward off any effort to arrest them.

The head of the U.N. International Labor Organization, Guy Ryder, urged Myanmar’s military leaders “to ensure that workers and employers are able to exercise their freedom of association rights in a climate of complete freedom and security, free from violence and threats.”

“I call on the military to immediately remove orders restricting assemblies of more than five persons, a halt to the repression of dissenting voices and the full respect of workers’ fundamental and human rights and freedoms,” Ryder said. “I urge military leaders to ensure no workers, including civil servants, are detained, intimidated or harassed for participating in peaceful protests.”

The burgeoning protests and the junta’s latest raid suggest there is little room for reconciliation. The military, which ruled directly for five decades after a 1962 coup, used deadly force to quash a massive 1988 uprising and a 2007 revolt led by Buddhist monks.

In Naypyitaw and Mandalay on Tuesday, police sprayed water cannons and fired warning shots to try to clear away protesters. In Naypyitaw, they shot rubber bullets and apparently live rounds, wounding a woman protester, according to witnesses and footage on social media. The reports could not be independently confirmed.

Human Rights Watch cited a doctor at a Naypyitaw hospital as saying the woman was in critical condition. The doctor said the woman had a projectile lodged in her head, believed to be a bullet that had penetrated the back of the right ear, and had lost significant brain function. The doctor said a man had been also been treated with an upper body wound consistent with that of live ammunition.

State television network MRTV, in one of its few reports on the protests, on Tuesday night broadcast scenes it claimed showed the protesters were responsible for the violence.

“Myanmar police should immediately end the use of excessive and lethal force” the New York-based watchdog urged.

No major incidents were reported in connection with the big turnout at Wednesday’s protest in Mandalay. Social media users said 82 people who had been arrested were freed due to the work of local lawyers.

Medical students and personnel, lawyers and Buddhist monks were among a huge cross-section of residents who marched in Mandalay, but the most social media buzz was generated by a contingent of shirtless muscled men with well-defined six-packs who were said to be members of a fitness gym.

Yangon’s most photogenic marchers were a group of young women who dressed in formal gowns more suitable for a wedding reception.

The military on Tuesday night raided the national headquarters of Suu Kyi’s party, which before the military seized power had been slated to take power for a second five-year term.

Kyi Toe, a spokesman for the party, wrote on Facebook that the army broke into the headquarters in Yangon and another office and took away documents and computer hardware. The headquarters was shuttered Wednesday.

U.S. President Joe Biden ordered new sanctions Wednesday, saying he was issuing an executive order that will prevent Myanmar’s generals from accessing $1 billion in assets in the United States. Biden added that more measures are to come.

“The military must relinquish power it seized and demonstrate respect for the will of the people of Burma,” he said.

A day earlier, the U.S. had “strongly” condemned the violence against demonstrators.

“We repeat our calls for the military to relinquish power, restore democratically elected government, release those detained, and lift all telecommunication restrictions, and to refrain from violence,” State Department spokesman Ned Price said.

New Zealand suspended all military and high-level political contact with Myanmar, Foreign Minister Nanaia Mahuta announced in Wellington, adding that any New Zealand aid should not go to or benefit Myanmar’s military government.

The U.N. Human Rights Council, the 47-member-state body based in Geneva, is to hold a special session on Friday to consider “the human rights implications of the crisis in Myanmar.”

Britain and the European Union spearheaded the request for the session, which will amount to a high-profile public debate among diplomats over the situation in Myanmar and could lead to a resolution airing concerns about the situation or recommending international action. 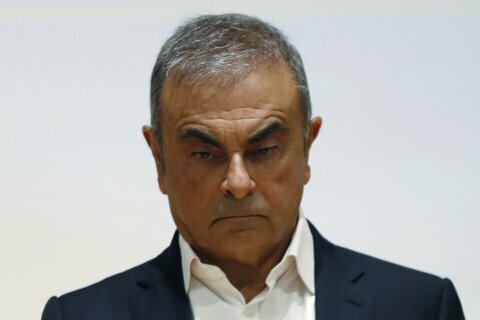