ATLANTA (AP) — Everyone who moves through downtown Atlanta today passes places where innocent Black men and women were pulled from trolleys, shot in their workplaces, chased through the streets and beaten to death by a mob of 10,000 white men and boys.

But few have been taught about the 1906 Atlanta Race Massacre, which shaped the city’s geography, economy, society and power structure in lasting ways. Much like the Red Summer of 1919 in the South and Northeast and the Tulsa Race Massacre of 1921 in Oklahoma would years later, the white-on-Black violence in Atlanta shattered dreams of racial harmony and forced thousands from their homes.

A grassroots coalition is working to restore Atlanta’s killings and their legacy to public memory. Historic markers and tours are planned for this September’s anniversary. A one-act play will be performed simultaneously at group dinners across the city. Organizers are seeking 500 hosts, with the ambitious goal of seating 5,000 people to discuss the lasting effects.

These activists say the massacre doesn’t fit comfortably in Atlanta’s “cradle of the civil rights movement” narrative, but they insist on truth-telling as some politicians push to ignore the nation’s history of racial violence.

Mislabeled a riot, the killings of at least 25 Black people and the destruction of Black-owned businesses had a specific purpose: thwarting their economic success and voting power before African-Americans could claim equal status, said King Williams, a journalist who gives tours describing what happened.

“The mob began its work early in the evening, pulling negroes from street cars and beating them with clubs, bricks and stones,” The Associated Press reported on Sept. 24, 1906, adding that “negroes were beaten, cut and stamped upon in an unreasoning, mad frenzy. If a negro ventured resistance or remonstrated, it meant practically sure death.”

The violence began where Georgia State University’s campus is now. Enraged by unsupported headlines about attacks on white women and the evils of “race-mixing,” the mob set fire to saloons and pounced on Black men and women headed home from work, Williams explains on the tour.

Their next target was the “Crystal Palace,” an opulent barbershop where Alonzo Herndon made his first fortune catering to white elites. Poorer white people couldn’t stomach such success by a Black man and shattered the place, Williams says.

Bodies were stacked at the statue of newspaperman Henry Grady. Williams describes Grady as a post-Civil War “demagogue who championed Atlanta, but also championed a lot of the racial rhetoric that we still see echoing today.” His statue is four blocks from CNN Center, and for most people “it’s just a thing they walk by,” Williams said.

Steps from there, some Black people either jumped or were thrown from the Forsyth Street bridge onto the railroad tracks below. Others reached shelter inside the gates of the Gammon Theological Seminary in Brownsville, a thriving African American neighborhood 3 miles (5 kilometers) to the south.

That’s where the mob, now “deputized” as law enforcers, came searching for weapons on the third day, ransacking businesses and pulling women and children from their homes. One white officer was killed and some 250 Black people were arrested, including 60 who were convicted. Not one white person was held responsible for any of the deaths, community organizer Ann Hill Bond said.

The cause was not in doubt. Atlanta Constitution editor Clark Howell and former Atlanta Journal publisher Hoke Smith had outdone each other vowing to disenfranchise Black voters while campaigning for governor. As Election Day approached, the papers printed baseless stories about attempted attacks on white women.

A Fulton County grand jury cited “inflammatory headlines” for fomenting the violence, but when “Voice of the Negro” publisher J. Maxwell Barber tied those articles to the racist campaigns, he was run out of town.

Once governor, Smith signed laws that kept most Black people from voting for another half-century. Thousands abandoned Atlanta, which became two-thirds white by 1910, the Census showed. City officials cited the need to avoid violence as they imposed segregation on neighborhoods, including “Sweet Auburn” Avenue, which became a model of African American economic self-sufficiency. Herndon gave up barbering to become one of the nation’s leading insurers for Black families.

The “riot” label still stuck when the massacre was finally added to Georgia’s eighth-grade curriculum in 2007.

“It is important for us to use correct language when we’re speaking of and remembering and honoring the lives that were lost. This was a massacre. People were killed,” said Bond, who leads a #changethename campaign. “And this is just the proper way to truth-tell in order to get to healing. If you don’t rip the Band-Aid off, you never get to healing.”

The massacre remains “terrifying” to playwright Marlon Burnley, whose one-act play will be performed by the Out of Hand Theater company at September’s Equitable Dinners.

“The biggest through-line for me is the presence of fake news and just made-up stories and fearmongering. And I feel like that’s just a constant in our history,” Burnley said.

Williams gets a variety of reactions on his tours. For college students “it’s like discovering fire,” he says. Older Atlantans are surprised they never heard the details before. “People who have skin in the game in the city” — civic boosters and people who run non-profits or work in politics — often get squeamish, he says.

“When you talk about the history of what happened in 1906, a lot of that overlaps today,” Williams says. “And a lot of people just don’t like that. It really just doesn’t shine on Atlanta when we try to present ourselves to be a respected city on a hill.”

The violence doesn’t match the image many Black people have of Atlanta as a kind of Wakanda, the highly advanced mythical African nation of “Black Panther” fame, said Allison Bantimba, who co-founded the Fulton County Remembrance Coalition.

“I do think that restoring this history to public knowledge will make a difference,” Bantimba said. “The second we pull down the veil and acknowledge all of that, a lot of people will have to reorient themselves.”

Michael Warren is a member of the AP’s Race and Ethnicity team. 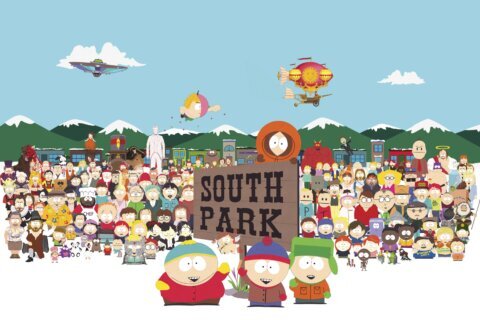 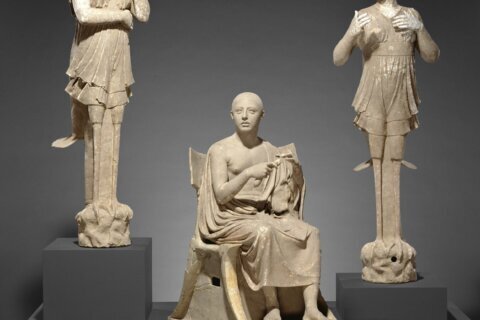