NEW YORK (AP) — After hosting the Oscars nine times, Billy Crystal wouldn’t necessarily rule out a tenth. But the 72-year-old actor would prefer some wider attention for his low-budget indie film, “Standing Up, Falling Down.” Perhaps even a longshot Academy Awards nomination.

“If it happened, it would be unbelievable. I’m really thrilled just to be in the discussion and not for, ‘Hey, would you host again?’” Crystal said.

In the movie, released in February 2020, Crystal plays an alcoholic dermatologist who befriends a down-on-his-luck comedian, played by Ben Schwartz. Crystal also serves as executive producer on the movie, shot in his childhood hometown of Long Beach, New York. A key scene takes place in the temple where he had his bar mitzvah.

After starring in polished Hollywood classics like “City Slickers” and “When Harry Met Sally,” Crystal jokes that his latest project was a bit more scaled down. “My character, Marty, with no last name, that’s how small the budget was. We couldn’t even afford a last name for him,” he said.

The Emmy-winning actor spoke with The Associated Press over Zoom to talk about his roots, his history hosting the Oscars, and returning to his hometown for a film shoot.

Comments have been edited for clarity and brevity.

AP: Did being back in Long Beach for “Standing Up, Falling Down” bring back childhood memories?

CRYSTAL: One day when I was in the makeup chair for the film, and I’m sitting in a makeshift little space that we had because there was no dressing rooms, there’s no doubt we changed in the car. We changed in the restroom if we were shooting at a restaurant or bar. And I’m sitting there putting the stuff on my face and the smell of the makeup and the powder was exactly the same as I remember in third grade for the school play. And (I remember) how excited I was that the parents were out there and that there was an audience, you know, on the other side of that curtain. I just couldn’t wait to get out there. I’ve been on that hook since I was a kid.

AP: Your performance is being lauded. With awards season coming up, is that something you’ve thought about?

CRYSTAL: I have to admit, it’s very nice to just be in the conversation and mentioned. Whether that happens or not is such a long shot. But it’s very satisfying, I have to say. I just really want people to see the movie because the movie’s a little powerhouse that had no budget for publicity.

AP: You’ve done so much in your career, from standup and big movies to directing and Broadway. When did you know this is what you wanted to do?

CRYSTAL: When I was 4 or 5, I got up in front of the family with my two brothers and we would memorize Carl Reiner and Sid Caesar and Howie Morris routines and then do them. We didn’t think we were stealing. We didn’t know. We just loved them so much. And they were such an influence on us. Then I would get up and do my own stuff and imitate the relatives because their accents were interesting. The characters were so great. These Eastern European and Russian relatives that we had with great faces and sounds. And they were joyous and they loved to laugh and they love to be entertained. And I loved entertaining them. And I just continued that.

AP: Did your early penchant for entertaining help lead to hosting so many Oscars shows?

I put my own stamp on it. And that was fun. I mean, I had a good time and I needed to relax them as well. And it was a step up because I’m at that point when I started in 1990 now, I mean, “Harry and Sally” (had) just come out and before that “Throw Momma from the Train.” I had earned my spot that I was now a member of the movie industry, you know. So, when I walked out there, I had more cred as a member of the community. I relished that and I was able to poke fun at it, but respect it at the same time. Those first years of doing the show were wonderfully exciting and satisfying.

AP: This year the Oscars will probably not have an audience. Last year, it didn’t have a host. What are you expecting?

CRYSTAL: Yeah, it’s very tough now. I thought that they did a very good job with the virtual Emmys. Jimmy Kimmel did a wonderful job. It’s just so awful, the condition that we’re in. So any kind of entertainment that we can bring to people to ease their pain is really important. So I think that if the show can find a way to do it and do it well and really celebrate the work part of it and the entertainment part of it, it’s OK. But I think one of the years I hosted, we were in a bad recession and the economy was terrible. And I said, “This is this what we want to see, millionaires giving each other gold statues.” So, I think we have to really find the right way to do it.

AP: If they asked you, would you ever do it again?

This story corrects the release date of “Standing Up, Falling Down.”‘ The film was released in February 2020, not April. 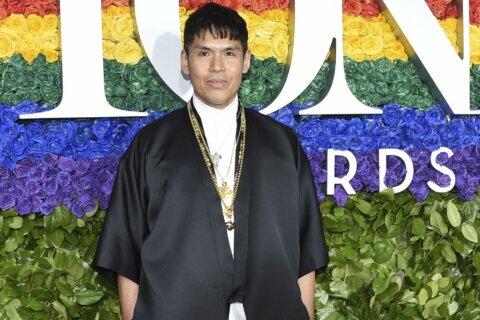 With pride and respect, Cynthia Erivo takes on Queen of Soul 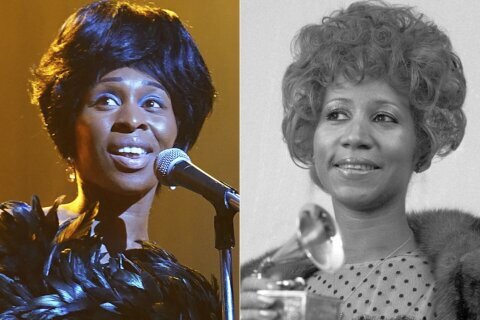