NEW YORK (AP) — Oases in the best of times, New York City’s parks have served as essential refuges through the hard times of the pandemic — havens for the city’s millions who yearn to escape their locked-down apartments, to breathe fresh air and enjoy some elbow room.

Parks Department spokesperson Crystal Howard said that in the depths of the city’s near-death experience last spring, “the parks became people’s everything.”

They’ve gone to the parks for music, for art, to work out. Children roam the green spaces, individually and in classes. Bikes cruise the trails, basketballs find the hoops, skates glide across the rinks. In a city still crippled by the coronavirus, the parks are a throwback to better, busier days.

“We don’t track park users,” Howard said. “But anecdotally, we know that there was beyond a noticeable increase in trash” — which is a problem. The pandemic has blown a huge hole in the city’s budget, forcing it to slash $84 million from parks funding.

So the Parks Department launched an anti-litter campaign, posting signs urging New Yorkers to “Show Your Parks Some Love.” And it has enlisted volunteers to augment the cleanup effort.

The creation of the city’s parks system, now encompassing 14% of the city’s land and 1,700 green spaces, was part of a movement inspired by another contagion — cholera.

“The 19th century urban park was created largely as a public health measure,” said Thomas J. Campanella, a Brooklyn native who is the Parks Department’s historian-in-residence and an associate professor of urban landscape at Cornell University.

Campanella said that after major cholera outbreaks in the first half of the 1800s, the medical profession called for measures to “bring the country into the city, to create a rural landscape in the city.”

That, he said, was the origin of Central, Prospect and Fort Greene parks. In fact, Frederick Law Olmsted, who designed all three parks with Calvert Vaux, lost a child to cholera; he believed parks could act like urban lungs as “outlets for foul air and inlets for pure air.”

A walk through Prospect Park in the depths of a pandemic winter offers proof that Olmsted’s vision is still embraced.

On the park’s southwest corner, fitness instructor “Curly Shirley” Catton, clad in rainbow-colored leggings, gathered a group of similarly attired women for her “High on Life” class. Catton says her class includes “fitness, breathwork, meditation, and positivity,” for “a blend of fitness and nature.”

Listening through headphones, the women followed music tracks and Catton’s commands, enthusiastically dancing, leaping and skipping through the open meadows and paths.

“There’s always a new route to take. The foliage and the trees are always different. I love the park’s energy … people just want to see others having a good time,” Catton said.

Meanwhile, teacher Noah Mayers led about a dozen students from the Brooklyn Apple Academy, a homeschool resource and community center, to a barbecue area where they gathered tinder, lit a small fire and roasted marshmallows.

“We used to force everyone to go outside in the past. But the last couple of years, we were staying indoors more and more. I had gone from a teacher who usually spent the whole day outside to spending the whole day inside,” he said.

“Now we’re just all outside all the gosh-darn time. I work 40 hours a week,” he added. “Out of 24 hours of teaching, I’m only spending six to eight hours indoors. Being outside it feels a lot safer. We’re not breathing on each other. Usually, we’re running around in the park.”

When the pandemic’s prohibition against large gatherings forced Brooklyn’s BRIC Arts and Prospect Park Alliance to cancel an annual summer-long set of performances at the park’s bandshell, they invited Mildred Beltré and Oasa DuVerney of Brooklyn Hi-Art Machine! to create a public art installation to “activate” the space.

The pair designed and installed a giant neon weaving to span the bandshell’s empty, cordoned-off stage. Their installation is based on a Lucille Clifton poem cited in the weaving and is also inspired by Assata Shakur’s poem “What is Left.” It can be seen from afar and reads: “Come Celebrate with Me That Everyday Something Has Tried to Kill Me And Has Failed.”

The idea, Beltre said, is to “put forth a celebration of Black women’s lives which doesn’t separate it from the current struggles we have during the pandemic. Hopefully the weaving resonates with everyone who sees it. They’re like, ‘Whoa, I survived another day.’ For Black people, people of color, indigenous people, for us it’s more of a daily occurrence … it preceded the pandemic, and it will likely continue after.”

For others, like Brooklyn resident Melissa Creighton, the park is a blank slate for “adventuring” with her 7-year-old son, Bo Singer, and his friend.

“The way things have changed, there’s no swimming lessons, no soccer, nothing organized for the kids,” she said. “We used to ride on the paths and be headed someplace specific. Now we’re riding on dirt paths, through the mud. It’s … really exhilarating.”

These days, she said, it’s “a deeper adventure. We even … pick up trash. Life was more organized before.” 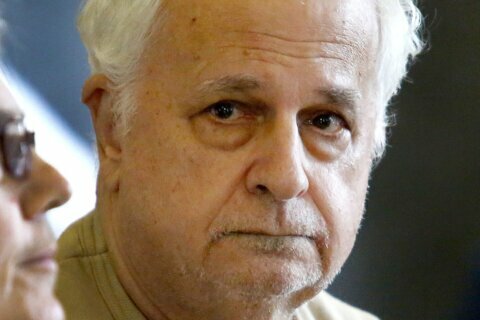