NEW YORK (AP) — Danielle Schwartz didn’t ask for an oil painting of her cat. But she loves the portrait of Stinky that hangs in her upstate New York home, a surprise gift from an unlikely place: an online pet store.

It’s one of the more than 1,000 free paintings that Chewy sends to select customers each week — even during the pandemic — tapping into people’s obsession with their fur children and, it hopes, winning customers for life.

In the cutthroat world of online shopping, that personal touch and a bit of kitsch is how Chewy is looking to stand out among the competition, which has only gotten stiffer as more people shop online and add pandemic pets to their families. Pet ownership is expected to grow 4% in 2020, the first increase in several years, according to the Petco Foundation.

Chewy’s strategy seems to be working on Schwartz, whose blue-eyed cat likes to rub up against the painting from his cat tree.

“I just want to buy everything from them,” she says. “They’re a big company. I was shocked that they did something so personal.”

The portraits have become a hit on social media, where people share images of them or beg for their pets to be turned into works of art.

Eric Sheridan, a sales specialist from Lee, Florida, asked for a portrait through the Twitter account of Gozer, his Boston terrier with more than 3,000 followers. A Chewy representative messaged back: “My paws are crossed that we’ll be able to send you one.” It arrived a month and a half later. “Christmas came early,” Sheridan tweeted from Gozer’s account.

Not everyone is delighted by getting a mystery portrait — the company acknowledges that some confused customers send them back. But many who get a pet portrait document it for social media, giving Chewy free advertising — a trend the company noticed when it first started shipping them out.

“Customers were going bananas,” says co-founder Ryan Cohen, who helped come up with the idea in 2013 before leaving the company.

Chewy was founded in 2011, marrying the fast delivery of Amazon with the friendliness of a local pet store. It also aimed to grab a piece of the fortune Americans spend on their pets, which was expected to total $99 billion in 2020, according to the American Pet Products Association. Pet store chain PetSmart bought Chewy in 2017 for more than $3 billion to grow its online business, but then spun Chewy off two years later into a publicly-traded company now worth about $40 billion, even though it has never made a profit.

Amazon and Chewy dominate the online pet supplies industry, with Amazon’s market share at more than 50% and Chewy’s at 34%, according to retail consulting firm 1010data. But the pandemic has been especially good for Chewy as people avoid physical stores. Its stock price more than tripled in 2020. Sales soared 45% in the August to October quarter. And it added 5 million new customers in the last year, bringing its total customer base to nearly 18 million.

The company’s 2,500 agents are trained to answer pet parents’ questions, like which foods are best for older pooches or where to find a shelter. Chewy sends new customers handwritten notes and all shoppers get snail-mail holiday cards. It even sends flowers to people whose pets died.

“It helped ease the pain,” says Jordan Redman of Norman, Oklahoma, who received a bouquet of flowers after Bud, her golden retriever, died.

But it’s the paintings that have customers panting. There’s no way to purchase one from Chewy, and the company doesn’t exactly say how someone will be selected. But it typically sends them out to those that have pet photos on their Chewy account or have shared one with a customer service agent.

For clues, look to the experience of Danielle Moore, who said Chewy asked her to send a photo of her Australian cattle dog Kana during a call about returning an order. Kana’s likeness showed up three months later. Moore loved it so much she tried to purchase another through Chewy, but the customer service agent wouldn’t budge. Instead, the chemist from Dallas commissioned one for $36 on Etsy, and the paintings hang on a wall together.

Chewy doesn’t disclose the cost of making and sending the portraits. It has worked with hundreds of artists around the country who are emailed photos of their subjects by the company.

Josh Lawson, who paints 20 to 50 portraits a week, has done snakes, goats and even what he thinks were bison. It can take two hours or more to do a portrait. Fluffy kittens, for example, need extra attention and a long-tip brush to get the right amount of fluff. “I want to make them look real,” he says.

There’s pressure to do so. Chewy says it rejects artwork that doesn’t look enough like the pet or sends it back to be reworked. The goal is for people to talk up Chewy to others and to get a prime spot on shopper’s walls, serving as a billboard for the company.

Annesley Clark, a law student in St. Louis, was surprised by how much the free painting looked like her pit bull mix, Willow. “I was beside myself,” she says. “It’s her exactly.”

She couldn’t wait to show it off. The next day, she took it to a socially-distanced picnic with four others and held up the artwork. “I said, ‘Look at this. It’s perfect.'” Her friends agreed. 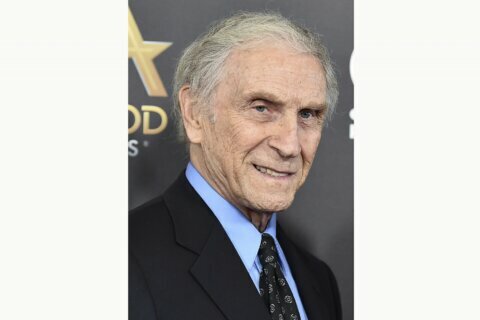 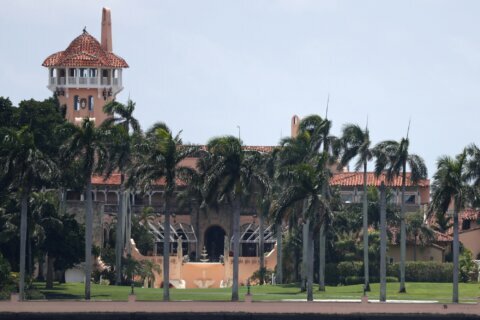