In one section of Arlington, a murder of crows leave a messy aftermath 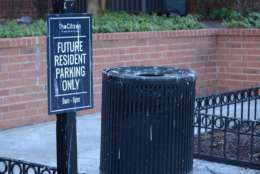 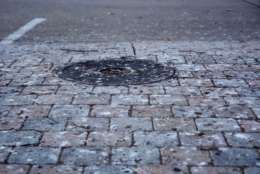 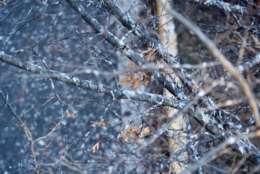 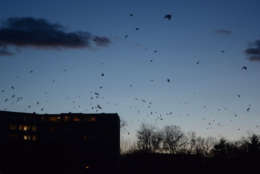 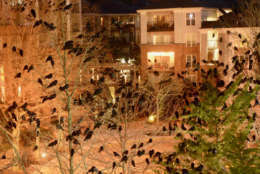 WASHINGTON — A dark, swirling cloud develops above an Arlington enclave nightly. The maelstrom dissipates before sunrise, leaving the ground whitened, but not with snow.

A large group of crows is calling South Randolph Street home for the winter. The murder has descended on the tree-lined streets above the Village at Shirlington every evening since October. The birds number in the hundreds, appearing just after sunset in a sudden flurry, alighting on tree tops, lamp posts and parking garages.

While some passers-by have complained about their droppings, the birds mean no harm, and most will likely vacate in a few weeks.

“There’s something at the address they need or want. Likely there’s safety there, a good place to gather and gabble without being profiled and persecuted by owls and humans,” said Drew Lanham, certified wildlife biologist and professor at Clemson University.

As the sun slips below the horizon, an observer will hear a faint caw from the north, then another squawk from the west before a sudden convergence of crows from all directions.

Dispersing before sunrise, the crows roam the landscape during the day, Lanham said, “often splitting up into smaller bands and then re-gather for evening meetings.” But he added that the ritual is seasonal and not likely to last much longer.

“They’ll begin to break up as pairs split off to find nesting sites in the spring,” Lanham said.

Some residents and customers are put off by the birds’ droppings. Sidewalks, awnings, vehicles and the exposures are, at times, splattered with their left-behinds.

“It’s like the movie ‘The Birds,’” said Mike Helmick, a longtime Shirlington resident. The crows are annual visitors, Helmick said, but only during the late fall and winter months.

“There’s a wall of birds and they put droppings on your car and it’s impossible to scrape off. They all just sit in the trees and then eventually they all take off at the same time and if you’re under them, then you’re in big trouble,” Helmick said.

Several tenants of nearby businesses are put off by the eyesore.

Federal Realty Investment Trust, the owner of the Village at Shirlington, told WTOP that they are aware of the crows and continue to look “for humane ways to encourage their migration elsewhere.” The company has accelerated its schedule for power washing and other maintenance to keep the sidewalks and streets as clean as possible until spring.

At least one nearby complex has installed an ultrasonic bird repeller.

The Migratory Bird Treaty Act makes it illegal for anyone to transport or kill any migratory bird, including crows. Violators face a maximum fine of $15,000 or imprisonment of up to six months.
Federal permits can be obtained for otherwise prohibited activities under the act.

Lanham has studied human perception of birds for decades, noting that crows are among the world’s most intelligent animals.

“Crows: wonderfully brilliant birds that get a bad rap,” Lanham said. “I know ‘murder’ is the accepted group name, but I prefer ‘convention.’ It better suits their mental abilities.” 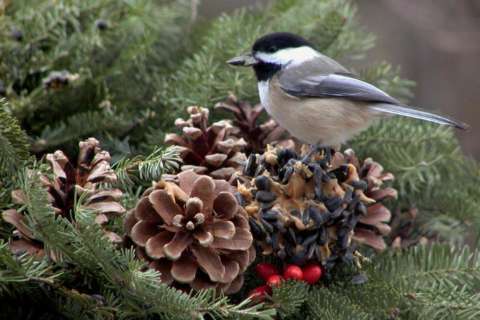 Worried about your winged neighbors? Winter birds will be just fine 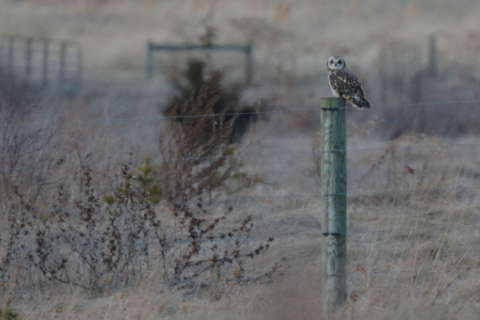 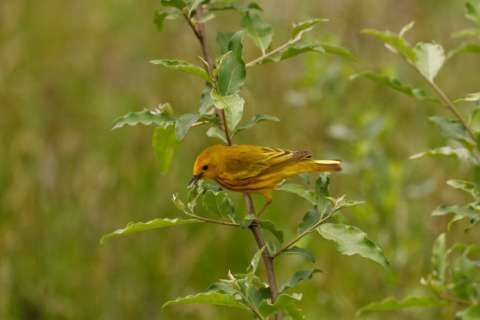