Annapolis teens use music to raise funds for Ukraine 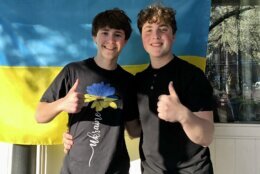 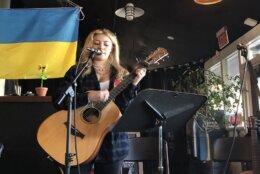 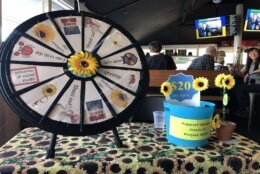 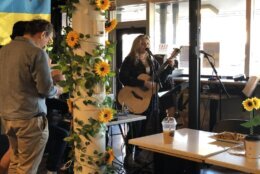 Music filled the streets of downtown Annapolis on Saturday, but it wasn’t just for entertainment. It was to raise funds for Ukrainians in need.

“We wanted to find a way that we could help,” said Jack Shenk, a 16-year-old sophomore at Broadneck High School.

Shenk said that he took part in a livestream fundraiser organized by his vocal coach about a month ago that helped to raise $5,000 to support Ukraine. It was then that Jack and his friends were inspired to take it a step further.

The teenagers organized a five-hour concert in the heart of Annapolis to raise money for the humanitarian organization Project HOPE, which is doing relief work in Ukraine.

The group called themselves “Young Hope Annapolis,” which consists of Jack, Mackenzie Priddy, Nate Finn, Cameron Mae, and Sydney Smith. They, along with some special guests, provided entertainment inside the Market House restaurant in downtown Annapolis.

The group also had outdoor speakers and livestreamed the event on their YouTube channel.

“Everybody that we’ve talked to was just so excited about this idea and just really wanted to help,” Shenk said. “And we gave them a way to do that — and have fun at the same time.”

Shenk, himself, played guitar and sang songs by John Mayer and Tom Petty during the concert. His mother, Kelly Shenk was there and said she was incredibly proud of the teens.

“Having kids that feel like they can change the world … We’re just so inspired by them,” Kelly said.

Sixteen-year-old Nate Finn, also a sophomore at Broadneck High School, said he was grateful for the outpouring of support.

“Our goal is to give hope to everybody in Ukraine, and just really for our generation and for generations to come to say, ‘Hey. Anybody can do this,'” Finn said.

To reach their $10,000 goal, the group has been collecting donations both at the Market House in and online.

“We wanted to find a way that we could help, even though we’re so far away,” Shenk said.

“I’m inspired by the young musicians in our community who want to do something after seeing the horrifying images in Ukraine,” said Mayor Gavin Buckley in a statement. “It is always inspiring to see the next generation get involved, take action and work toward making the world a better place.”