Athletes from across Maryland gathered at the U.S. Naval Academy in Annapolis for the track and field pre-qualifying Special Olympics event.

This year marks the 49th annual event held at the academy.

Raven Cato is one of the athletes that competed today. She ran in several events, including the 100 and 200 meter run.

“I’m feeling good,” Cato said after getting pumped for the day with her partner, Julia Davis, who attends the academy. This is Davis’ first time volunteering with the Special Olympics.

“We have the opportunity to do something good and help people have fun,” Davis said. 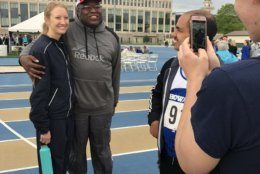 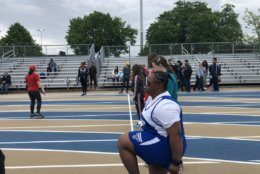 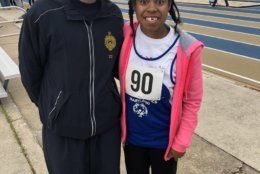 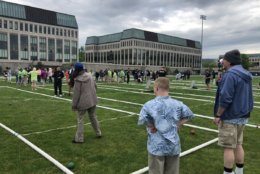 More than 200 midshipmen with the U.S. Navy volunteered, making this their largest outreach project in a single weekend. The goal is to encourage teamwork and community outreach, a mission Cato said she’s excited to be a part of.

Charles Gaines is another one of the athletes who attended Sunday’s event, taking part in the men’s shot put and the 200 meter run. Gaines is no stranger to competition.

Earlier this year, he visited Dubai for the 2019 Special Olympics Summer Games and for him, competing is all about the comradery. “It makes me feel great,” Gaines said.

Gregg Meade has been involved with the event for years and has gone from being a parent on the sidelines to the area director for Anne Arundel County. Meade said this event is all about inclusion and giving athletes the chance to showcase their talent.

“They’re just like any other person, they can do things you wouldn’t believe they could do,” Meade said.

Competitors hope to earn qualifying times to move on to the state competition, which will take place this June in Towson.