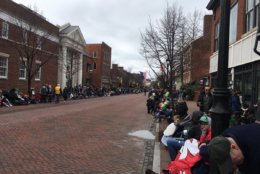 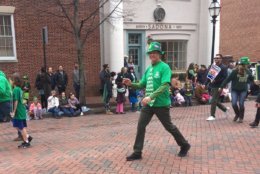 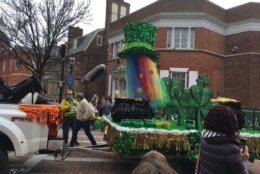 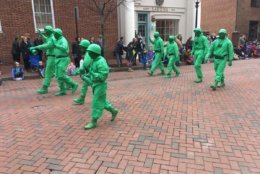 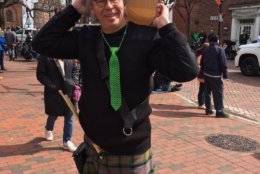 It’s billed as the largest parade in Annapolis, and plenty of folks lined the streets of historic Naptown to celebrate Irish heritage.

There was a sea of festive, sometimes glimmering green everywhere; Shamrocks, too. From T-shirts and hats to headbands, beads and more.

There was everything to see at this seventh St. Patrick’s Parade sponsored by Naptown Events.

Marchers included scout troops, Irish dance groups representing different academies, and bands playing pipes and drums from all over the D.C. metro area and beyond.

Parents cradled children, maneuvered them in strollers, and hoisted some into shoulders for improved vantage points.

Paul Sullivan sat outside where West Street meets Church Circle. He told WTOP he and his wife Jill drove down from Maine to see and hear their son march and play bagpipes.

“So far its been worth every second of it,” he said.

“We have Irish in our blood,” D’Anna Farrell told WTOP. She said that’s part of the reason they came to the parade but added that it’s also “just a great way to get out on a Sunday for a family tradition.”