Two cold cases that grabbed the attention of locals are again at the forefront of Anne Arundel County investigators' minds: The mother of twins found stabbed in her basement and the shooting of a college football star.

WASHINGTON — Two cold cases that grabbed the attention of locals are again at the forefront of Anne Arundel County investigators’ minds: The mother of twins found stabbed in her basement and a college football star shot doing what he does best — diving in front of danger.

It was New Year’s Day 2018 when Lawrence “Larry” Aaron, 19, was shot by a stray bullet at a party in Severn, Maryland.

Police believe he may have been trying to shield his girlfriend when he heard the gunfire. But in doing so, a bullet pierced his back, paralyzing the Marshall University defensive tackle who died from complications seven weeks later.

Larry Aaron’s parents say a fight broke out near him and someone started shooting. He shielded his girlfriend and got shot in the back #wbal pic.twitter.com/V7U7V5YHri

There is a $10,000 reward for a tip that leads to a conviction in his case and in the case of 29-year-old Jasmine Adams who was found stabbed in the basement of her Severn home on Aug. 15, 2017.

Investigators have said they believe she was targeted and want to find the person responsible. If you have information call the Anne Arundel County police. 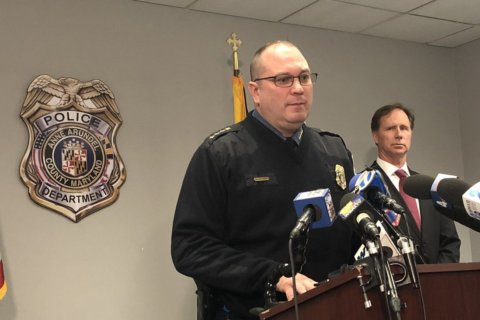