ANNAPOLIS, Md. — A man died after an early-morning fire that engulfed a home on Winchester Road along the Severn River in Annapolis, Maryland. 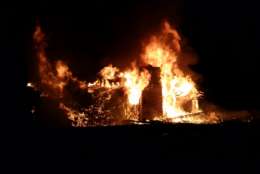 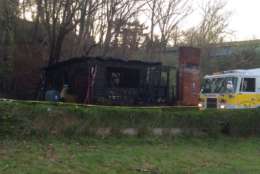 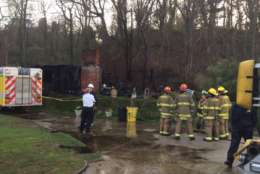 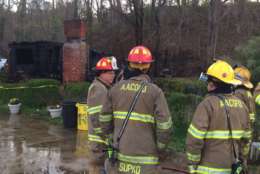 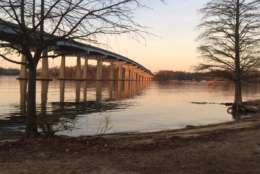 Share on Facebook. Share on Twitter. Share via email. Print.
Crews with the Anne Arundel County Fire Department arrived on the scene after 1:30 a.m. Tuesday. They said one of the department’s medics had spotted flames near the north side of the Severn River Bridge and called it in, reporting a possible house fire in the area.

“We brought a total of 56 firefighters to the scene,” said Lt. Erik Kornmeyer with the fire department.

“Two fire boats were also dispatched to provide us a quick and continuous water supply.”

According to investigators, who are still working to  determine the cause, two men were inside the home, which sits at the bottom of a hill and at the end of a long, winding, narrow driveway.

One of the men managed to escape, but the other did not make it out.

Kornmeyer said firefighters held off on their rescue attempts for about 20 minutes, initially, because the flames were too widespread and intense.

“Unfortunately we were not able to make entry at that time,” he said.

“The fire was throughout the entire house, and we just had to work from a safe distance and provide as much water as possible to try to get the fire under control as quickly as possible.”

“Our firefighters had no problem accessing the driveway. It is a narrow driveway, but our units were able to get as close as they could.”

When fire crews did eventually make their way into the home, they pronounced the victim dead at the scene. His name has not yet been released.

As the sun rose Tuesday morning, the home next to the scenic Severn River looked like a pile of charcoal on the ground.

“The house is a total loss,” Kornmeyer said. “More than half of the house has been totally disintegrated.”