EAST LONDON, South Africa (AP) — South African President Cyril Ramaphosa is set to attend the funeral in East London Wednesday for 21 teenagers who died in a mysterious tragedy at a tavern almost two weeks ago.

A large tent has been erected for the service, which is expected to be attended by hundreds of grieving family members and residents of East London’s Scenery Park township.

“We expect them (the community) to be there. We expect them to mourn,” said Ondela Sokomani, regional chairman of the Youth League of South Africa’s ruling party, the African National Congress.

“There is deep-seated frustration about how matters are run in Scenery Park,” said Sokomani, referring to the problems of underage drinking of alcohol, substance abuse, crime and the government’s failure to provide basic services to the poor residential area.

It is still not known what caused the deaths of the young people, aged between 13 and 17, whose bodies were found in the Enyobeni tavern. All were under the legal drinking age of 18 in South Africa. Pathologists are studying the cause of death from blood samples. A stampede has been ruled out because the victims’ bodies did not show serious injuries, said police.

A somber mood hangs over the neighborhood surrounding the rundown tavern, where some residents have placed wreaths and flowers. Authorities have closed the bar, amid questions of how so many underage teenagers could have gathered in an establishment selling alcohol after midnight on June 26.

Community members say there is a well-known problem of underage drinking.

The stench of alcohol still lingers inside the club where the floor is littered with broken bottles of beer, cider and wine. Police have finished investigations at the bar so it is no longer cordoned off as a crime scene and security allowed journalists to briefly view the premises.

Handbags, sneakers, and hair weaves are also strewn across the floor, an indication of the chaos on the deadly night.

Ramaphosa will be attending the service amid several challenges including South Africa’s extended power cuts, wide-ranging allegations of corruption and questions about large amounts of cash reportedly found hidden in furniture in the president’s game farm.

In addition to a speech by Ramaphosa, the funeral service is to include hymns by local choirs and addresses by religious and community leaders.

Following the service, the families will bury the teens’ bodies in various cemeteries around the area. 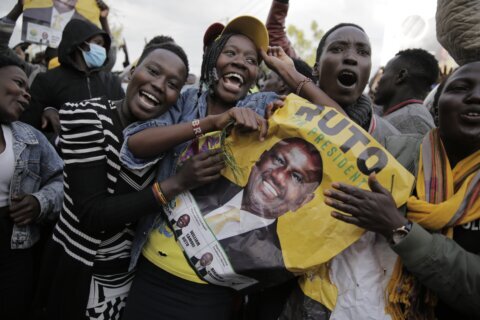 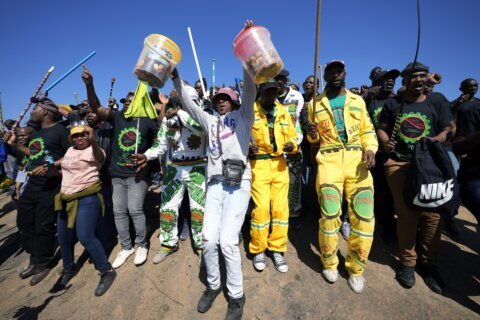