JOHANNESBURG (AP) — At least one person has died and two students have been injured in clashes between South African university students and police over tuition fees at the University of Witwatersrand in Johannesburg.

The protests erupted this week after thousands of students were denied registration for the 2021 academic year because they owed tuition fees from last year.

The man who died was a bystander who got caught in the crossfire when police opened fire on students, according to a statement issued by the university, widely known as Wits and which has about 40,000 students.

“Initial reports suggest that a civilian was caught in clashes between the protestors and the South African Police Service, and regrettably lost his life,” said the statement from the university.

The man was returning from receiving medical attention at a clinic close to where the protests were taking place, according to local reports.

Police investigators have been sent to look into allegations that police were responsible for the man’s death, according to the Independent Police Investigative Directorate.

There are concerns that the protests in Johannesburg may spread to other South African universities as they prepare to start the academic year later this month.

On Monday the Minister for Higher Education Blade Nzimande announced that the government-funded National Students Financial Aid Scheme, which provides study loans to poor students, is facing a funding shortfall.

He cited the country’s economic downturn amid the COVID-19 pandemic among the reasons for the shortage of funds.

Between 2015 and 2016, students shut down South Africa’s universities with demonstrations demanding free tuition, in what was dubbed the ‘Fees Must Fall’ movement. The government responded by suspending increases of tuition fees, but did not make higher education free. The national students’ fund issues loans to poor students, who are required to repay them. 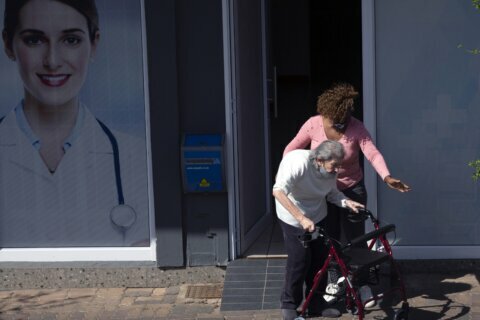