NAIROBI, Kenya (AP) — The Reuters news agency says Ethiopia released one of its video journalists without charge on Tuesday, nearly two weeks after his detention led to criticism of the erosion of press freedoms in the country.

Kumerra Gemechu was arrested on Dec. 24 at his home in Ethiopia’s capital, Addis Ababa, amid pressure by authorities on journalists covering the deadly conflict in the country’s northern Tigray region. For weeks the region was cut off from the world and many communications remain tenuous.

“We are delighted that Kumerra has been released and reunited with his family. His release today affirms he has done nothing wrong,” Reuters Editor-in-Chief Stephen J. Adler said in a statement. He added: “Journalists like Kumerra must be allowed to report the news in the public interest without fear of harassment or harm, wherever they are.”

With his arrest, eight journalists were jailed in Ethiopia in 2020 alone, according to the Committee to Protect Journalists, which has said it has documented a “worrying pattern of holding journalists for weeks without formal charges in Ethiopia.”

Watchdog group Reporters Without Borders in a statement said it was relieved to see Kumerra released, “but let’s not forget that many journalists have been subjected to arbitrary arrests these past few weeks. Three of them are still detained in very secretive conditions.”

At least one detained journalist caught the coronavirus while behind bars, Reports Without Borders has said.

Ethiopia at one point had no journalists in prison during the early days after Prime Minister Abiy Ahmed took office in early 2018 and introduced dramatic political reforms that won him the Nobel Peace Prize.

But since then, human rights groups have warned of Ethiopia slipping back toward repressive measures of the past.

“Disillusionment is now on a par with the hopes originally raised,” Arnaud Froger, the head of the Africa desk for Reporters Without Borders, said last month. “We ask the authorities to free the imprisoned journalists and allow the media to work.” 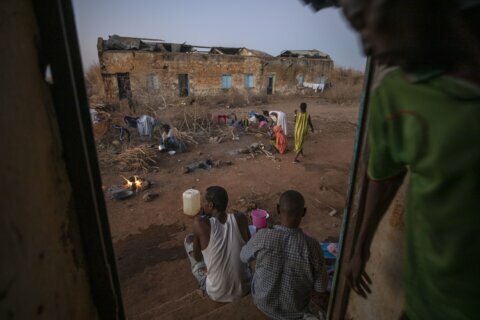