UNITED NATIONS (AP) — Venezuela, Lebanon and South Sudan are in arrears on paying dues to the United Nations’ operating budget and are among six nations that have lost their voting rights in the 193-member General Assembly, the U.N. chief said in a letter circulated Thursday.

Also losing voting rights are Dominica, Equatorial Guinea and Gabon, Secretary-General Antonio Guterres said. Gabon is serving a two-year term on the Security Council though its voting rights there are not affected.

The U.N. Charter states that members whose arrears equal or exceed the amount of their contributions for the preceding two full years lose their voting rights. But it also gives the General Assembly the authority to decide “that the failure to pay is due to conditions beyond the control of the member,” and in that case a country can continue to vote.

The General Assembly decided that three African countries on the list of nations in arrears — Comoros, Sao Tome and Principe and Somalia — would be able to keep their voting rights. It granted the three countries the same exemption last year. 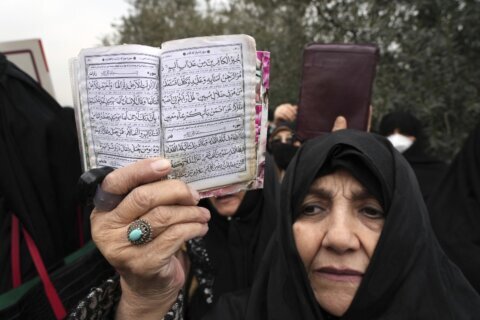