Donors offer over $9B for Pakistan after devastating floods

GENEVA (AP) — Dozens of countries and international institutions on Monday pledged more than $9 billion to help Pakistan recover and rebuild from devastating summer floods that the United Nations chief called “a climate disaster of monumental scale.”

The flooding killed more than 1,700 people, destroyed more than 2 million homes, and covered as much as one-third of the country at one point, causing damage totaling more than $30 billion, U.N. and Pakistani officials say. Large swaths of the country remain under water, with millions living near contaminated or stagnant waters, the U.N. says.

Wrapping up a day-long conference at the U.N. offices in Geneva, Pakistani Deputy Foreign Minister Hina Rabbani Khar said the final tally came in above a target for the international community to meet half of the estimated $16.3 billion needed to respond to the flooding. The rest is expected to come from the Pakistani government itself.

“Taken as a whole, these commitments total more than $9 billion and from what we know so far, these are all additional commitments from what was already given in terms of humanitarian assistance, etc., from both bilateral and multilateral partners,” she said, adding that a number of delegations had also offered in-kind support.

U.N. pledging conferences often draw promises of big sums from governments, international organizations and other donors, but those don’t always get fulfilled entirely. The Pakistani government has announced plans for independent, outside monitors to make sure that the funds go where they are needed.

The conference shaped up as a test case of how much wealthy nations would pitch in to help developing-world countries like Pakistan manage the impact of climatic swoons, and brace for other disasters.

Achim Steiner, the head of the U.N. Development Program, which helped organize the conference, said Pakistan’s government knows contributors will be looking for outcomes such as in the accountability, clarity, efficiency, transparency and effectiveness of the programs that will be funded.

“There is no free money. And everybody who pledged their contributions today will come with certain expectations,” Steiner said in an interview. While the needs are urgent now, Pakistan’s recovery and resilience projects should be built to last for this era increasingly marked and threatened by climate change, he said.

“I think the hardest part, in a sense, is yet to come because the urgency, the desperation are acute,” he said, adding that governments and international institutions will face a challenge: “How do we quickly deliver in an unbureaucratic fashion, but not by simply doling out money? These are investments that should last for a generation. They need to be well-planned.”

The United States announced another $100 million on top of a similar amount already committed to Pakistan. Saudi Arabia’s envoy laid out a pledge of $1 billion.

Steiner said the big pledges from international financial institutions testified to pressure and expectations “growing almost daily” for them to do more to respond to the challenges of climate change, decarbonization, and energy transitions.

“Today’s meeting is an attempt to give my people another chance at getting back on their feet,” Sharif said. “We are racing against time” to help the victims amid a harsh winter, and in the worst-affected areas where schools and health systems have collapsed, he added.

Guterres said people in South Asia are 15 times more likely to die from climate impacts than elsewhere, and his “heart broke” when he saw first-hand the devastation from Pakistan’s floods — calling it a prime example of the impact of climate change.

In November’s U.N. climate talks, countries agreed to set up a fund for loss and damage caused by climate change. The details will be worked out by a committee this year. Vulnerable nations like Pakistan would be expected to receive compensation from the fund.

Many scientists, policymakers and others say emissions of heat-trapping gases, mostly by industrialized countries, over generations are largely to blame for a warming global climate.

Many countries already helped Pakistan in the immediate follow-up to the flooding. Monday’s conference, attended by 44 countries as well as a dozen international financial institutions, aimed to complement and build on previous outlays.

Thousands of Pakistanis are still living in open areas in makeshift homes and tents near the stagnant water in southern Sindh and in some areas in southwestern Baluchistan, the two worst-hit provinces.

Julien Harneis, the U.N. resident coordinator in Pakistan, said an estimated 5 million people were living near the stagnant waters, making it difficult for residents to have a normal life. He predicted little change in the situation until March.

The U.N. says funding raised so far for Pakistan’s flood victims will run out this month, and an emergency appeal launched in October has garnered only about a third of the $816 million sought. UNICEF, the children’s agency, says only 37% of a $173.5 million target for supporting flood-affected Pakistani women and children has been met.

Pakistan plays a negligible role in global warming and emits less than 1% of heat-trapping carbon dioxide, but like other developing countries, it has been vulnerable to climate-induced devastation, experts say. The country has seen extreme heat, glacial melt and rising sea levels in recent years.

Climate scientists found that the floods in Pakistan were worsened by global heating although economic, societal and construction-oriented factors also played a role.

This story has been corrected to show that Erdogan is Turkey’s president, not prime minister. 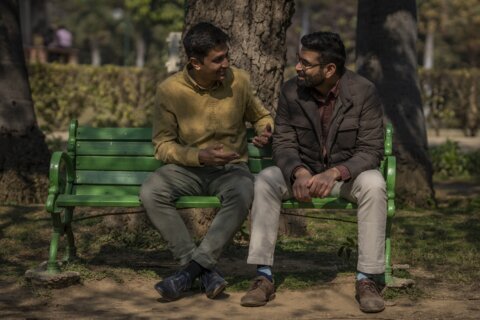