MEXICO CITY (AP) — A Roman Catholic bishop who has criticized the Nicaraguan government will stand trial on charges of conspiracy and spreading false information, a court ruled Tuesday.

Matagalpa Bishop Rolando Álvarez, shown seated and dressed as a civilian at Tuesday’s hearing, will remain under house arrest, according to the government outlet El 19 Digital.

Álvarez was arrested along with several other clergy last August in a pre-dawn raid at his church residence.

President Daniel Ortega’s government has moved systematically to silence voices of dissent, arresting dozens of opposition leaders in 2021, including seven potential challengers for the presidency. The crackdown continued last year after he won a fourth consecutive term.

Álvarez had been a key religious voice in discussions of Nicaragua’s future since 2018, when Ortega initiated the crackdown in response to a wave of protests against his government. 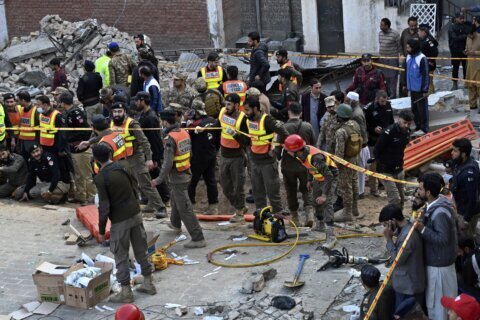